– James Damore: “This Is Why I Was Fired By Google”:

Fired Google engineer Jame Damore has penned an op-ed for The Wall Street Journal explaining how his good-faith effort to discuss differences between men and women in tech couldn’t be tolerated in the company’s “ideological echo chamber,” adding that self-segregation with similar-minded people has grown in recent decades as we spend more time in digital worlds “personalized to fit our views.” 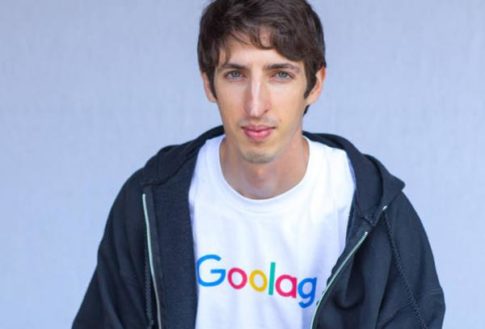 I was fired by Google this past Monday for a document that I wrote and circulated internally raising questions about cultural taboos and how they cloud our thinking about gender diversity at the company and in the wider tech sector. I suggested that at least some of the male-female disparity in tech could be attributed to biological differences (and, yes, I said that bias against women was a factor too). Google Chief Executive Sundar Pichai declared that portions of my statement violated the company’s code of conduct and “cross the line by advancing harmful gender stereotypes in our workplace.”

My 10-page document set out what I considered a reasoned, well-researched, good-faith argument, but as I wrote, the viewpoint I was putting forward is generally suppressed at Google because of the company’s “ideological echo chamber.” My firing neatly confirms that point.

How did Google, the company that hires the smartest people in the world, become so ideologically driven and intolerant of scientific debate and reasoned argument?

We all have moral preferences and beliefs about how the world is and should be. Having these views challenged can be painful, so we tend to avoid people with differing values and to associate with those who share our values. This self-segregation has become much more potent in recent decades. We are more mobile and can sort ourselves into different communities; we wait longer to find and choose just the right mate; and we spend much of our time in a digital world personalized to fit our views.

Google is a particularly intense echo chamber because it is in the middle of Silicon Valley and is so life-encompassing as a place to work. With free food, internal meme boards and weekly companywide meetings, Google becomes a huge part of its employees’ lives. Some even live on campus. For many, including myself, working at Google is a major part of their identity, almost like a cult with its own leaders and saints, all believed to righteously uphold the sacred motto of “Don’t be evil.”

Echo chambers maintain themselves by creating a shared spirit and keeping discussion confined within certain limits. As Noam Chomsky once observed, “The smart way to keep people passive and obedient is to strictly limit the spectrum of acceptable opinion, but allow very lively debate within that spectrum.”

But echo chambers also have to guard against dissent and opposition. Whether it’s in our homes, online or in our workplaces, a consensus is maintained by shaming people into conformity or excommunicating them if they persist in violating taboos. Public shaming serves not only to display the virtue of those doing the shaming but also warns others that the same punishment awaits them if they don’t conform.

In my document, I committed heresy against the Google creed by stating that not all disparities between men and women that we see in the world are the result of discriminatory treatment.

When I first circulated the document about a month ago to our diversity groups and individuals at Google, there was no outcry or charge of misogyny. I engaged in reasoned discussion with some of my peers on these issues, but mostly I was ignored.

Everything changed when the document went viral within the company and the wider tech world. Those most zealously committed to the diversity creed—that all differences in outcome are due to differential treatment and all people are inherently the same—could not let this public offense go unpunished. They sent angry emails to Google’s human-resources department and everyone up my management chain, demanding censorship, retaliation and atonement.

Upper management tried to placate this surge of outrage by shaming me and misrepresenting my document, but they couldn’t really do otherwise: The mob would have set upon anyone who openly agreed with me or even tolerated my views. When the whole episode finally became a giant media controversy, thanks to external leaks, Google had to solve the problem caused by my supposedly sexist, anti-diversity manifesto, and the whole company came under heated and sometimes threatening scrutiny.

It saddens me to leave Google and to see the company silence open and honest discussion. If Google continues to ignore the very real issues raised by its diversity policies and corporate culture, it will be walking blind into the future—unable to meet the needs of its remarkable employees and sure to disappoint its billions of users.

As a reminder, a survey of Google employees reflected the company’s divisions.

Of 440 Google employees who responded to a Blind survey on Tuesday and Wednesday, 56% said they disagreed with Google’s decision to fire Mr. Damore.