“Autonomy will play a big role in future concepts of operation… Army drones and robots of all types should be able to function to provide not raw data but information, and, in a sense, decisions about what needs to happen on the battlefield…” 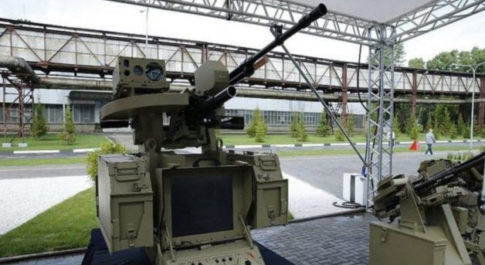 After warning that “AI is a fundamental risk to the existence of human civilization,” the appearance of fully-automated ‘robot-killers’ brought Elon Musk’s apocalyptic vision even close.As he noted, “until people see robots going down the street killing people, they don’t know how to react because it seems so ethereal,” and while that is unlikely in the streets of America (for now), Defense One’s Patrick Turner writes that after nearly two decades of war against technologically unsophisticated foes, the Army Research Lab is reorienting to counter China and Russia – with distributed bot-swarms and an internet-of-battlefield things…

The Army Research Lab is turning more of its attention to fighting land wars against far more technologically sophisticated adversaries than it has in the past several decades. In the coming months, the Lab will fund new programs related to highly (but not fully) autonomous drones and robots that can withstand adversary electronic warfare operations. The Lab will also fund new efforts to develop battlefield communications and sensing networks that perform well against foes with advanced electronic warfare capabilities, according to Philip Perconti, who became the director of the Lab in June.

After nearly two decades of war against determined but technologically unsophisticated foes in the Middle East, U.S. Army tech has, in some ways, fallen behind that of competing states, according to a May report from the Center for Strategic and International Studies on U.S. Army modernization.

For instance, Russia has invested heavily in anti-access / area denial technologies meant to keep U.S. forces out of certain areas.

“There are regions in Donbass where no electromagnetic communications—including radio, cell phone, and television—work,” says the CSIS report.

“Electronic warfare is the single largest killer of Ukrainian systems by jamming either the controller or GPS signals.”

In the coming months, the Army Research Lab will set forth on new research programs to counter these A2/AD systems. One thrust will be equipping drones and other autonomous systems with bigger brains and better networking so that they can function even when an enemy jams their ability to radio back to a human controller for direction. That’s the idea behind the Distributed and Collaborative Intelligent Systems and Technology program, which will experiment with robots packed with much more onboard processing.

“Autonomy will play a big role” in future Army concepts of operation, Perconti said. “And it has to be able to function within this contested environment…That’s what ARL is thinking about. More than one network, working together, with as much processing as possible on the node.”

The amount of onboard processing should be sufficient to allow the drone to be highly independent. It would still call home (Perconti, like his peers across the Pentagon, sees no possibility that the U.S. military would allow a robots to kill without a human saying yes.) But the dialogue between the drone and the operator would much more closely resemble an exchange between a commander and soldier, and less a human steering a thing.

Perconti said future Army drones and robots of all types should “be able to function to provide not raw data but information, and, in a sense, decisions about what needs to happen on the battlefield. When you don’t have bandwidth, when you’re under cyber attack, when you’re being jammed. That’s the problem we’re trying to address.”

The Lab will tackle questions such as: when can autonomous systems come together to deliver effects and then disperse? How do you integrate autonomous robots into a war-fighting command?

A second program called the Internet of Battlefield Things seeks to put to military use  “the research that’s going on in the commercial space” on distributed sensors and Internet-connected devices.

The CSIS report says that United States already enjoys asymmetrical advantage over adversaries like China and Russia in the way it deploys  sensors and networks to maintain a view of the battlefield, or situational awareness. But that’s also part of the problem: “Recognizing this threat, the Russians have made targeting and countering U.S. situational awareness systems a high priority of its battlefield [electronic warfare] activities, necessitating co-united U.S. investment to address and stay ahead of Russian counters,” the report says.

The challenge for the U.S. Army now is to rethink battlefield sensor networks in a way that acknowledges that rapidly advancing commercial capabilities are eroding U.S. advantage. The U.S. needs an “understanding of the knowledge gaps are, the voids,” says Perconti.

What exactly is an Internet of Battlefield Things? The program announcement describes it as a group of largely autonomous sensors or even robotic parts (actuators) and robots “capable of adapting to acquire and analyze data necessary to predict behaviors/activities, and effectuate the physical environment; self-aware, continuously learning, autonomous, and autonomic, where the things interact with networks, humans, and the environment.”

Perconti said he expects ARL to announce contract awards for both programs later this year, allowing them to begin in earnest in fiscal year 2018. 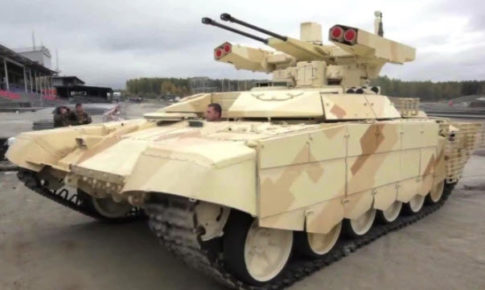