So it really goes to George Soros. 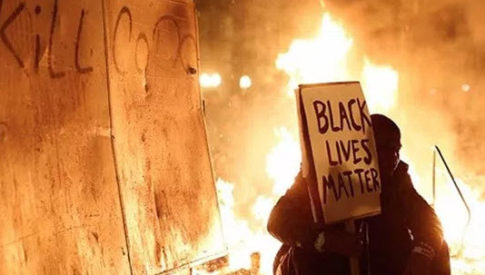 – And The 2017 Global Peace Prize Goes To… Black Lives Matter (No, Seriously):

Every year the Sydney Peace Foundation bestows their Global Peace Prize on extraordinary people who advocate for “true and lasting peace” by ending “war and violent conflict” through addressing “deep injustices and structural inequality.”

But this year the award is taking a different direction, and rather than being given to a single person, it is being awarded to an entire movement for the first time.

And the winner of the 2017 Global Peace Prize goes to…

Black Lives Matter, the movement against racial inequality and police violence in the US which began as a powerful hashtag and became a global rallying cry, will be the 2017 recipient of the Sydney Peace Prize – the first time the often-controversial award has gone to a movement and not an individual.

The prize recognises the work of the amorphous racial justice movement that exists under the catch-all moniker, but has nevertheless managed to unite activists from around the world, including in Australia.

The Sydney Peace Prize jury’s citation for this year’s winners applauded the movement “for building a powerful movement for racial equality, courageously reigniting a global conversation around state violence and racism. And for harnessing the potential of new platforms and power of people to inspire a bold movement for change at a time when peace is threatened by growing inequality and injustice.”

But as Louder With Crowder points out, peace is not exactly how one would describe the activities engaged in and supported by Black Lives Matter:

It’s like people don’t have internet access. Memories. Basic motor functions. If they did, they’d be able to use the digits sticking out of their hands to peck a few letters into The Google. Just to verify if Black Lives Matter is worthy of an award bestowment. Like a kind of “vetting” process, if you will. Since the Sydney Peace Foundation lacks finger privilege, I did the search for them.

If this is what the Sydney Peace Foundation considers champions of peace, I’d hate to see what they think war is.

In a world where former U.S. President Barrack Obama is awarded the Nobel Peace Prize in 2009 for doing absolutely nothing and then subsequently orchestrating campaigns that have led to the slaughter of hundreds of thousands of people across the world it would make perfect sense for the Sydney Peace Foundation to award a similar prize to an organization whose immediate membership and loosely based offshoots advocate for racial segregation, violent protest, and the killing of police officers.

In the eyes of some, peace is war.