– 1,746 American Adults Were Asked To Point Out North Korea On A Map: This Was The Result:

In April 2014, just as the Ukraine conflict (and proxy civil war) was hitting its climax, in the process undermining US-Russian relations for years, some 2,066 Americans were asked to show where the Ukraine was on a map. The result, while leaving something to be desired, was not terrible. 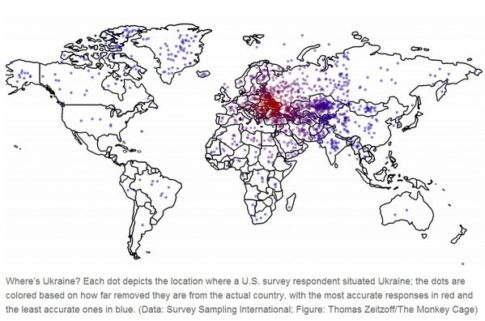 Fast forward to this weekend, when the NYT repeated the same exercise with the latest geopolitical hotspot: North Korea. In an experiment led by Kyle Dropp of Morning Consult, he asked 1,746 American adults to point to where North Korea is on the world map. This was the raw result: 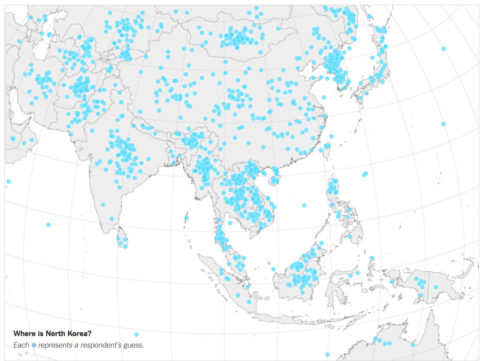 The bottom line: just 36% got it right. Here are the countries they selected: 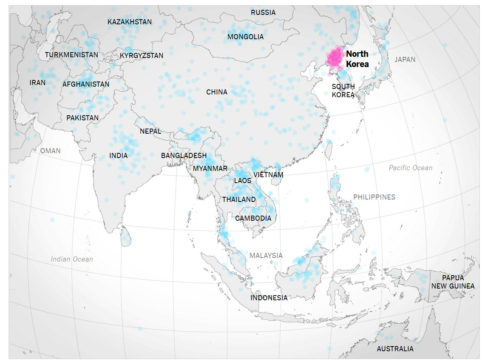 Aside from showing that the majority of Americans are terrible at geography – hardly news – the NYT provided the following details explaining why the study was conducted: respondents who could correctly identify North Korea tended to view diplomatic and nonmilitary strategies more favorably than those who could not. These strategies included imposing further economic sanctions, increasing pressure on China to influence North Korea and conducting cyberattacks against military targets in North Korea.

They also viewed direct military engagement – in particular, sending ground troops – much less favorably than those who failed to locate North Korea, according to the NYT report. The largest difference between the groups was the simplest: Those who could find North Korea were much more likely to disagree with the proposition that the United States should do nothing about North Korea.

Not surprisingly, education was a major factor in participants’ ability to find North Korea. Those with postgraduate degrees had among the most success; the only ones who did better were people who said they knew someone of Korean ancestry. Those who had visited or been to a foreign country were also much more likely to find North Korea than those who had not. 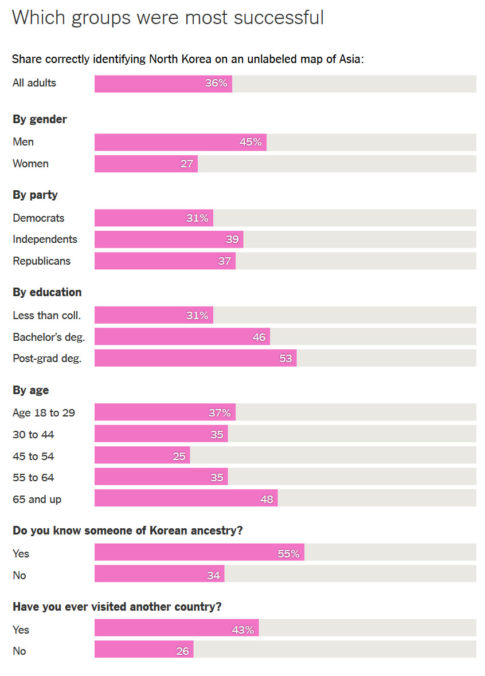 Which is surprising considering the Democrats’ reputations of being more progressive and, at least on paper, seek non-violent problem resolution. As the NYT further adds:

Geographic knowledge itself may contribute to an increased appreciation of the complexity of geopolitical events. This finding is consistent with – though not identical to – a similar experiment Mr. Dropp, Joshua D. Kertzer and Thomas Zeitzoff conducted in 2014. They asked Americans to identify Ukraine on a map and asked them whether they supported military intervention. The farther a respondent’s guess was from Ukraine, the researchers found, the more likely he or she was to favor military intervention.

Perhaps there is another reason: Ameriacns simply don’t care. Be that as it may, Americans’ relatively low interest in North Korea is not recroprical. “North Koreans are obsessed with the United States,” wrote Barbara Demick, the former Beijing bureau chief for The Los Angeles Times, in an interview with the New Yorker.

“They hold the U.S. responsible for the division of the Korean peninsula and seem to believe that U.S. foreign policy since the mid-20th century has revolved around the single-minded goal” of damaging them, she said. “The cruelest thing you can do is tell a North Korean that many Americans couldn’t locate North Korea on a map.”

In any case, the bottom line is clear: “Americans’ inability to identify countries and places is not new. A Roper survey in 2006 found that, in the midst of the Iraq war, six in 10 young adults could not locate Iraq on a map of the Middle East; about 75 percent could not identify Iran or Israel; and only half could identify New York state.”

As for North Korea, with just 36% of respondents being able to identify North Korea – and seek a diplomatic solution – it implies that roughly two-thirds of American adults would rather take the Kim regime out entirely. Which hardly bodes well for the longevity of  the North Korean dictator.