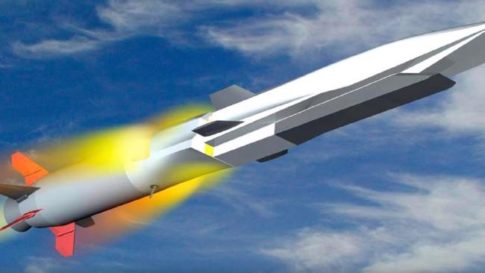 THE race to develop an unstoppable and unbeatable weapon capable of defeating all the military defence systems in the world is getting much too close for comfort.

According to multiple reports, Russia is expected to begin production soon of its 3M22 Zircon, a hypersonic missile that will travel 7400 kilometres per hour — five times the speed of sound — and will have a range of 400km. That’s just three minutes and 15 seconds from launch to impact.

Guided hypersonic missiles will be more accurate than traditional ballistic missiles and could conceivably be armed with nuclear warheads, according to the geopolitical analysis firm Stratfor.

And they’re coming, whether we like it or not. And they’ll be on our doorstep sooner, not later.

“State tests of Zircon are scheduled for completion in 2017 … and the missile’s serial production is planned to be launched next year,” the Russian news agency TASS reported last year, quoting sources. And last month, Russia’s Interfax news agency cited a source familiar with the Zircon project who said the 5-ton missile is likely to be tested for the first time this spring — earlier than the projected date of 2018 — “from a sea-based platform.”

The International Business Times reported that the US Navy is concerned the missile could be fitted to a Russian warship.

Hypersonic speed is the stuff of science fiction. As explained in IBT:

“The missile employs revolutionary scramjet technology to reach its hypersonic speeds whereby propulsion is created by forcing air from the atmosphere into its combustor where it mixes with on-board fuel — rather than carry both fuel and oxidiser like traditional rockets. This makes it lighter, and therefore much faster.

“It uses no fans, rotating turbines or moving parts — just an inlet where air is compressed and a combustor where the air is mixed with fuel. Fewer moving parts also means less chance of mechanical failure.

“The Zircon … would be capable of destroying the world’s most advanced warships and aircraft carriers in one strike and could be put into action by 2020.”

The Zircon will have a radar target seeker and an optical-electronic complex that can trace and detect targets, also at hypersonic speed, according to the Strategic Culture Foundation.

“It will greatly reduce the reaction time that (Western military units) have to deploy their own defences and countermeasures,” Tim Ripley, who covers defence issues for Jane’s Defence Weekly, told the German international broadcaster Deutsche Welle.

He said the Zircon could render Western anti-aircraft defences “obsolete,” and he warned that Russia appears far ahead of the US in development.

“In the public domain, the West seems to be quite a long way behind,” Ripley said. “But that doesn’t mean there isn’t some black, super-secret project run by the US’ Defense Advanced Research Projects Agency, or DARPA.”

In fact, the US may not be behind at all. According to Stratfor, US General Thomas Masiello who announced in late February that the air force plans to have operational prototypes of its own hypersonic missile ready for testing by 2020.

And Stratfor forecasts that the US and China will likely have the first operational long-range hypersonic missiles in their arsenals by 2025, years ahead of Russia.

India is also working to develop a hypersonic missile. According to India Today, India is developing its BrahMos II missile in collaboration with Russia, and it will use the same scramjet technology as Zircon.