Despite McDonald’s extensive efforts to improve U.S. sales over the last several years, its most promising endeavor is coming up short — and as a result, so are the company’s domestic profits.

Reuters reports that according to McDonald’s fourth quarter report, released Monday, “Sales at established U.S. restaurants fell for the first time in six quarters as the novelty of all-day breakfast failed to overcome competition from supermarkets and other food sellers.”

These efforts were initially successful, but apparently not sufficient enough to constitute a prolonged increase in sales.

However, global sales have been more lucrative. “Sales crushed expectations with a 2.7% gain year-over-year for same-store sales, much higher than the expectations of 1.4% growth,” Business Insider notes.

McDonald’s made most of its gains internationally, and “revenue was just ahead of expectations at $6.03 billion against projections of $6.00 billion.” McDonald’s has made substantial investments in technology in some countries, including adding self-serve kiosks, which have helped their profits abroad.

Domestically, however, where McDonald’s establishments are most profitable, the company surprisingly blamed its decline, in part, on all-day breakfast, arguing it was a “’challenging comparison against the prior-year launch of the very successful All-Day Breakfast,’” according to Reuters.

“These changes were supposed to drive a steady and sustainable uplift in (consumer) spending rather than a one-off spike in sales, but it is increasingly clear that this strategy is not delivering,” he said in an email to Reuters.

However, other factors also contributed to the overall loss, which was admittedly .1% less than market analysts predicted. “Supermarkets have been passing lower food costs on to shoppers, while restaurants are raising menu prices to offset the impact of minimum wage increases,” Reuters notes.

While McDonald’s fourth quarter sales fell 1.3%, “fourth quarter revenue fell nearly 5 percent, to $6.03 billion.” However, this was “mainly due to the sale of restaurants to franchisees as part of Easterbrook’s turnaround plan.”

McDonald’s has made numerous efforts domestically and abroad to re-energize sales. From all-day breakfast and “healthy” salads in the U.S. to chocolate-drizzled fries in Japan, some of these efforts have worked. As the fourth quarter report notes, the company continues to perform well internationally, where it earns two-thirds of its profits.

As such, CEO Steve Easterbrook was optimistic. “We’ve built the foundation that’s enabling us to transition from turnaround to longer-term growth,” he said in a conference call, as reported by Bloomberg. “We’re now in a position to prioritize initiatives that will further strengthen our business.”

Nevertheless, following the company’s announcement, its shares dropped two percent. According to market analyst David Palmer, “Traffic has fallen more than 10 percent over the last four years at restaurants in the United States, McDonald’s most profitable market.” 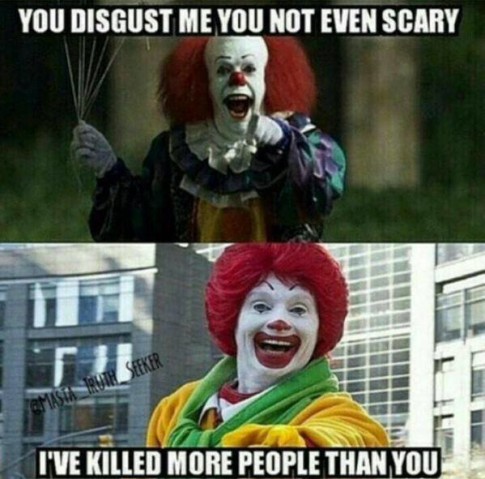