Balmoral … of all places. 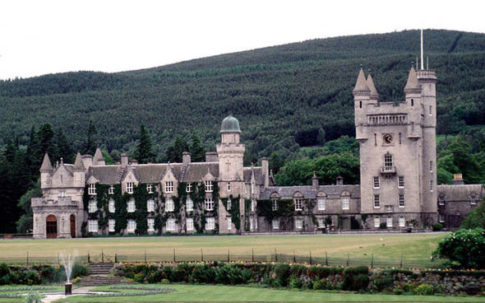 – Donald Trump wants to play golf with the Queen at Balmoral for first state visit:

THE new US President wants to play golf with the Queen at Balmoral during his first state visit this summer.

Donald Trump’s team are hoping he can play at least one hole with her on the Scottish estate’s nine-hole course as he seeks to create a photo opportunity to rival the images of Ronald Reagan riding with the Queen at Windsor Castle in 1982.The plans were discussed at a meeting last week with Foreign Secretary Boris Johnson and his deputy Sir Alan Duncan in Downing Street.
Among other requests put forward by Mr Trump’s team include a dinner at Blenheim Palace, where Winston Churchill was born, an address to both Houses of Parliament in Westminster Hall, and tea at Buckingham Palace.A source close to the President said Mr Trump wanted the visit, which could take place as early as June, to be “the full Monty”.

Mr Trump’s team were invited to put forward suggestions for the visit in a bid to build bridges after a testing spell in relations between the two countries.