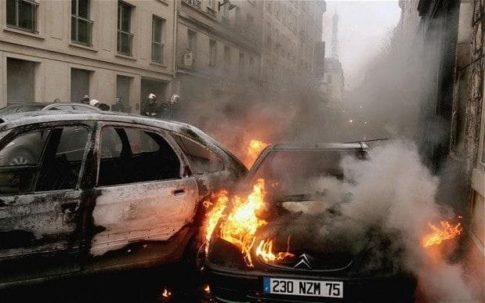 Vandals in France torched 945 parked cars on New Year’s Eve in an arson rampage that has become a sinister annual “tradition” amid a row over whether the government sought to play down the figures.

According to the French interior ministry, the total of 945, which included cars that were either “totally destroyed” or “more lightly affected”, amounted to a 17 per cent rise compared to last year.

Despite this, New Year’s Eve “went off without any major incident”, the interior ministry insisted in a statement, adding that there were only “a few troubles with public order”.

In fact, police arrested 454 people over the night, 301 of whom were taken into custody.