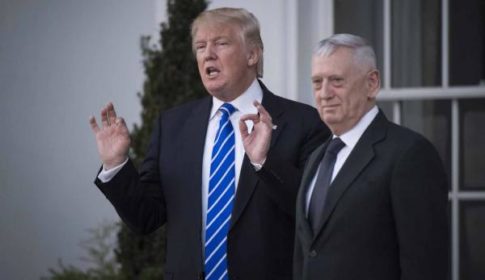 Update: Speaking during an Ohio “thank you” rally, Donald Trump just confirmed that James “Mad Dog” Mattis will be America’s next Secretary of Defense.

BREAKING: Trump tells Ohio “Thank You” rally that James “Mad Dog” Mattis will be America’s next secretary of defense https://t.co/rNmUSohAjMpic.twitter.com/UNhh1nmpMD

President-elect Donald Trump has chosen 66-year-old retired Marine General James N. “Mad-Dog” Mattis to be secretary of defense, according to The Washington Post.

An announcement is likely by early next week, according to the people familiar with the decision. Mattis declined to comment. Spokespersons for Trump’s transition team did not respond to requests for comment.

Mattis, 66, retired as the chief of U.S. Central Command in spring 2013 after serving more than four decades in the Marine Corps. He is known as one of the most influential military leaders of his generation, serving as a strategic thinker while occasionally drawing rebukes for his aggressive talk. Since retiring, he has served as a consultant and as a visiting fellow with the Hoover Institution, a think tank at Stanford University.

Mattis has also gotten cheers from veterans and Trump supporters online, in the form of celebratory memes dubbing him the Patron Saint of Chaos (Chaos was Mattis’s call-sign in Iraq and Afghanistan), praising his lethal “double knife hands,” and saying that he “Puts the Laughter in Manslaughter.”

Mattis gets the nod ahead of a notable group who were up for the top role..

Mattis is exactly what Trump is not, a soldier-scholar who knows something of the wider world.

Now 66 years old, Mattis was born in Walla Walla, Washington. His lifelong bachelordom is the source of one of his many nicknames: “warrior-monk.” He served in every major U.S. Middle Eastern conflict from the first Iraq War on. In 2001, as a one-star general, he led 4,000 Marines in a search for Osama bin Laden near the Afghanistan/Pakistan border. In 2004, as a two-star, he led a Marine division into the second battle for Fallujah. He went on to lead combatant commands at the Pentagon and NATO, culminating in two years as the head of Central Command under President Barack Obama, reportedly leaving after disagreeing with Obama’s policy on Iran.

Shortly before his departure, Mattis appears to have weighed in with the Pentagon on behalf of Theranos, Elizabeth Holmes’s troubled biotech firm. He later joined the company’s board. Should Trump nominate Mattis, emails between Mattis and Holmesare likely to come up during his Senate confirmation hearing.

Professor Richard Kohn, a military historian at the University of North Carolina, called Mattis “loyal and discreet. He doesn’t talk out of school. He seeks out top people, and people like working for him.” Trump, Kohn continued, “is going to be advised by a National Security Advisor [Flynn] with some deep flaws. I think that having a legendary and respected retired general in charge of Defense makes a great deal of sense.”

“I think he would be an outstanding candidate,” Michèle Flournoy, widely believed to be Hillary Clinton’s frontrunner for secretary of defense, told NPR. In 2010, Seth Moulton, a decorated Marine captain who served in Iraq, praised Mattis as one of the “leaders who can speak the truth, who aren’t just constrained by the politics of the moment.” Moulton is now a Democratic congressman representing the Sixth District of Massachusetts.

Mattis has also gotten cheers from veterans and Trump supporters online, in the form of celebratory memes dubbing him the Patron Saint of Chaos (Chaos was Mattis’s call-sign in Iraq and Afghanistan), praising his lethal “double knife hands,” and saying that he “Puts the Laughter in Manslaughter.”

Indeed, Mattis is famous for speaking bluntly when it comes to describing the military’s primary function — killing the enemy — and for whistling about his work. He has lived down an eleven-year-old gaffe where he described killing as “a lot of fun, … a hell of a hoot,” but has never backed off from the stance that the military’s core function is not peacekeeping or humanitarian missions but war-fighting. He is widely credited with popularizing the motto of the 1st Marine Division — “No Better Friend, No Worse Enemy” — and turning it into a basic tenet of counterinsurgency doctrine. His letter to the division on the eve of the 2003 invasion is a cool-headed exhortation to “close with those forces that choose to fight, and destroy them.”

William Treseder, a former Marine who now advises startups, said that Mattis is skilled at injecting a fighting spirit into mundane jobs. “The enemy should quiver in fear every time you sign a contract,” was Mattis’s advice to a fellow soldier working in procurement, Treseder said

While Mattis briefly flirted with his own 2016 presidential run, he chose not to leap into politics with the gusto of Flynn or retired Gen. John Allen, both of whom delivered fire-breathing speeches at this year’s major-party conventions. Adm. Mike Mullen, the former chair of the Joint Chiefs of Staff, criticized both Flynn and Allen at a panel discussion last week for injecting politics into the military.

“Too many times when you see retired military individuals … take a very strong political stance, that sends the wrong message to America,” Mullen said. “It sends the wrong message back inside our military. Because it teaches our young ones that it’s okay. And it’s not okay; … it’s a fundamental principal of the United States of America that the military has got to stay apolitical.”

Keeping the military out of politics and under civilian control is one reason that the 1947 National Security Act requires that officers be out of military service for ten years before assuming the mantle of secretary of defense. In 2008, Congress lowered the waiting period to seven years. Congress granted a waiver to Gen. George Marshall, President Truman’s third secretary of defense, in 1950. Mattis would need his own congressional waiver to serve under Trump.

If Mattis and Trump still have disagreements to smooth over, the treatment of Gold Star families, whose children have died fighting for the U.S., would likely be one of them. During the campaign, Trump suffered a blistering attack from the family of Army Capt. Khizr Khan. He chose to push back, suggesting that Khan’s mother was not allowed to speak at the Democratic National Convention. He also appeared to draw an equivalence between his own struggles in business and the sacrifice made by the Khan family.

“I’ve made a lot of sacrifices,” Trump said in an interview with ABC News. “I work very, very hard.”

Trump’s words may have served to aggravate a trend that Mattis pointed out in an anthology he recently co-edited about the military-civilian relationship in the U.S., which describes the “atrophying” of empathy for Gold Star families. “What had been a more common experience of loss in previous wars now tends to be an isolating experience for families,” Mattis wrote, with his co-editor.

Should Mattis join the cabinet of such an unusual commander-in-chief, one of his challenges will be to balance the roles of servant and tutor.

Finally, here are 16 quotes (via FreeBeacon) to get a better feel for “mad-dog”…

1. “I don’t lose any sleep at night over the potential for failure. I cannot even spell the word.”

2. “The first time you blow someone away is not an insignificant event. That said, there are some assholes in the world that just need to be shot.”

3. “I come in peace. I didn’t bring artillery. But I’m pleading with you, with tears in my eyes: If you fuck with me, I’ll kill you all.”

4. “Find the enemy that wants to end this experiment (in American democracy) and kill every one of them until they’re so sick of the killing that they leave us and our freedoms intact.”

5. “Marines don’t know how to spell the word defeat.”

6. “Be polite, be professional, but have a plan to kill everybody you meet.”

7. “The most important six inches on the battlefield is between your ears.”

8. “You are part of the world’s most feared and trusted force. Engage your brain before you engage your weapon.”

9. “There are hunters and there are victims. By your discipline, cunning, obedience and alertness, you will decide if you are a hunter or a victim.”

10. “No war is over until the enemy says it’s over. We may think it over, we may declare it over, but in fact, the enemy gets a vote.”

11. “There is nothing better than getting shot at and missed. It’s really great.”

12. “You cannot allow any of your people to avoid the brutal facts. If they start living in a dream world, it’s going to be bad.”

13. “You go into Afghanistan, you got guys who slap women around for five years because they didn’t wear a veil. You know, guys like that ain’t got no manhood left anyway. So it’s a hell of a lot of fun to shoot them. Actually it’s quite fun to fight them, you know. It’s a hell of a hoot. It’s fun to shoot some people. I’ll be right up there with you. I like brawling.”

15. “Demonstrate to the world there is ‘No Better Friend, No Worse Enemy’ than a U.S. Marine.”

16. “Fight with a happy heart and strong spirit” 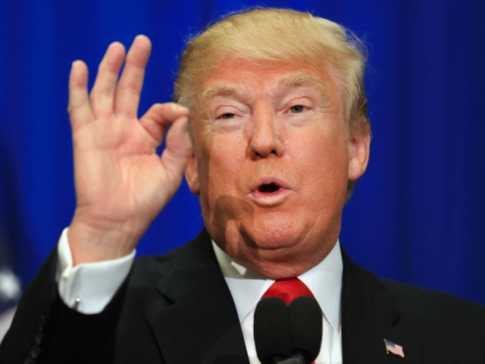