Submitted by Caleb Verbois via The Mises Institute,

People magazine recently reported news that a number of prominent fashion designers have refused to work with Melania Trump because they do not approve of her, or more likely, her husband’s politics and language. Given Donald Trump’s often offensive way of speaking about, well, almost everything, that is understandable. Thus, they conclude, if you design and make clothes for Melania Trump, especially the outfit she will wear to the inauguration, you are, in some small way, endorsing Donald Trump and all he stands for. So designers like Sophie Theallet have decided that because they “stand against all discrimination and prejudice,” they cannot work for Melania. 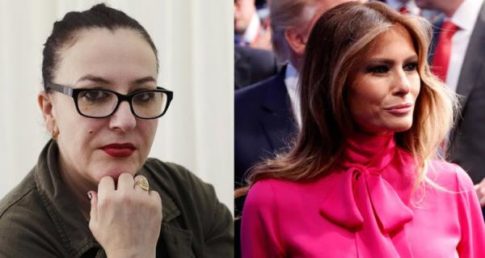 This all seems rather ironic. How can progressive fashion designers like Sophie Theallet refuse to serve anyone? In recent years it’s become first unreasonable, then politically incorrect, and lately illegal for some people to refuse service. Not fashion designers of course. They are above that. No, I’m thinking about bakers and photographers, who, because of their religious beliefs, have politely but firmly declined to provide service for gay weddings. Note that they have not declined service to homosexuals. They have just made it clear that they cannot morally provide a wedding cake or floral arrangements for a homosexual wedding, because it goes against their religious principles.

And for that, they have been pilloried in the press, sued, and threatened with a loss of their businesses and personal savings. Consider Barronelle Stutzman, a florist in Washington who has served and employed people of all backgrounds, including homosexuals, for her entire career. However, after she declined to provide flowers for a homosexual wedding, in accordance with her faith, both the ACLU and Washington state attorney general have sued not just her business, but her personally. That mirrors the situation of Oregon bakers Aaron and Melissa Klein. They baked a cake for a woman who was so happy with their work that she and her partner asked Melissa to bake their wedding cake. The Kleins politely explained that due to their faith, they could not endorse a wedding that violated their beliefs. In response, the state sued them, put a legal order on them banning them from talking about their desire to work according to their faith, and said they “needed rehabilitation.” The fine the state assessed and the subsequent hate mail and threats forced the Klein’s to close their business and led Aaron Klein to go to work as a sanitation worker to pay their bills.

Does anyone think Sophie Theallet will be sued and driven out of business for refusing to endorse Trump’s inauguration? Maybe Trump should sue for discriminatory practices. After all, one could say that turnabout is fair play. The progressives have made life difficult for Christian and religious small businesses, so now it is time to make life difficult for fashion designers. That would certainly fit with Donald Trump’s tit-for-tat attitude towards almost everything in life, especially lawsuits.

But it is the wrong approach. The problem is not that some designers have refused to work with Melania. Let’s be honest, the world does not have a shortage of overpriced dress designers. Melania can find someone else. That is also true for homosexual couples that have sued and persecuted religious florists and bakers. The country does not have a shortage of either. Moreover, while Theallet is refusing to serve Trump at all, religious photographers and bakers are more than willing to serve homosexual customers — just not at their wedding.

No, the issue has never been a lack of service providers. It has been an unwillingness to accept that other people may not endorse your behavior. Prominent fashion designers are refusing to serve Melania Trump because they do not want to appear as though they endorse her husband’s behavior. They should have the right to make that decision free from threats of lawsuits and public harassment. In just the same way, religious photographers and bakers should have the right to politely refuse to endorse the practice of gay weddings.

America has always given a very high precedence to conscientious objections, but increasingly, rights of conscience are being marginalized. Religious liberty is much more than merely having the freedom to attend church, synagogue, or mosque. It is the freedom to actually live out your religious beliefs—even ones that may not be politically correct or agreeable to high fashion designers—every day of the week.