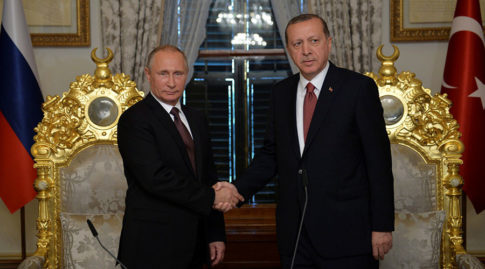 Less than three months after Turkey’s president Erdogan, in the aftermath of the mid-July “failed coup” visited Putin in Russia in his first and very symbolic foreign trip, Putin has returned the favor with a visit of his own to Turkey, where he promptly confirmed that economic relations between the two nations are on solid footing with the November 2015 downing of a Russian fighter jet over Turkey now largely forgotten, and where Turkey and Russia earlier today signed the strategic Turkish Stream gas pipeline agreement. 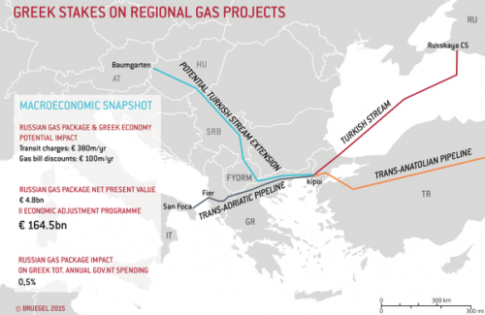 As noted previously, once completed the pipeline will carry Russian natural gas to Turkey under the Black Sea, and on to Greece and Europe. The project, with an estimated total cost of $13 billion, was announced in December 2014 during Putin’s visit to Turkey as an alternative to the canceled South Stream pipeline through Bulgaria, which the Bulgarian government killed due to European pressure.

The signing of the deal came after a bilateral meeting between Turkish President Recep Tayyip Erdogan and his Russian counterpart Vladimir Putin who was in Istanbul to attend the 23rd World Energy Congress. During the signing ceremony, Erdogan said ministers and experts will continue to hold bilateral talks after the deal.

As Hyrriyet reports, Erdogan also said they reached consensus on the acceleration of the process for the Akkuyu nuclear plant. In addition, Putin also added that the two countries also reached consensus on discount in natural gas prices. He stated that Moscow lifted restrictions on citrus exports.

Russia’s Gazprom and Turkey’s BOTAS in 2014 signed a memorandum of understanding (MoU) for the construction of the Turkish Stream gas pipeline, with a capacity of 63 billion cubic meters (bcm) of gas per year from Russia to Turkey across the Black Sea.  However, talks on the project were halted last year after Turkey shot down a Russian air force jet and Moscow retaliated with trade sanctions but since then the two countires have made significant progress to mend relations. Erdogan said in August at a joint news conference with his Russian counterpart that building the gas pipeline quickly was a priority.

On Sept. 7, Gazprom said it had received first regulatory approvals from Turkey, allowing the project to move into implementation phase.

The meeting of the two leaders marked the third time after bilateral relations were put back on track in August since the jet crisis.

Putin said the need to develop the Turkish Stream natural gas project had been stressed in his talks with Erdogan, adding that Russia also actively planned to expand its hydrocarbon exports eastward to China, Japan and India.  “Russia will further interact in energy with all interested parties for mutual beneficial partnerships on an equal footing,” he added. 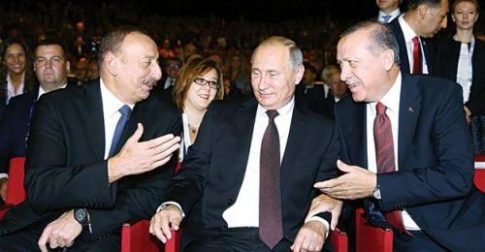 Also today, Russian paper Izvestia resported that Cairo and Moscow were in talks on a deal which would allow Russia to deploy a military facility in Egypt.

“The negotiations over possible participation of Russia in rebuilding of Egyptian military sites on the Mediterranean coast near Sidi Barrani are quite successful. If both parties agree to the terms, as soon as 2019 the base may become operational. Cairo is ready to lease it to Moscow because it would use it to pursue high-priority geopolitical goals, which align with Egypt’s interests,” a diplomatic source told the newspaper.

A military source told the newspaper that the new asset would be convenient, considering the growing instability in the region. “The utility of an airbase near Sidi Barrani is obvious for Moscow. Even though Russia has a similar base in Syrian Khmeimim, the presence of Russian warplanes in Egypt would allow Moscow conduct military missions in the western Mediterranean,” Talaat Musallam, a strategic and security expert and former Egyptian armed forces general told the newspaper.

However, shortly after the Russian report emerged, Egypt’s Al-Ahram daily denied the report which claimed that Moscow and Cairo are negotiating a deal on a Russian airbase in western Egypt. Commenting on the report, military expert Nabil Fuad told RIA Novosti that Egypt’s military doctrine does not allow it to host foreign-controlled military bases. “That is a principal issue for Egypt not to allow foreign military bases on its territory,” he said, adding that during the Cold War Soviet military specialists would work at Egyptian military facilities, rather than have their own.

Then again, in light of Egypt’s ongoing negotiation with the IMF to obtain a $12 billion loan, it would stand to reason that Egypt would vocally reject any speculation, however informal, that it is seeking to turn its back on the west and become another Russian satellite nation.

Egypt, a long-time ally of the United States, somewhat distanced itself from Washington after a period of instability, which started with mass protests against strongman Hosni Mubarak in 2011. Cairo’s relations with Russia saw resurgence, particularly in defense sphere. Russia was the first non-Arab country that President Sisi visited after his election in 2014.