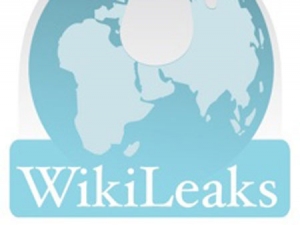 In what was a disappointment for anyone hoping for “devastating” disclosures, Julian Assange today held off releasing information about the US elections or Hillary Clinton, despite widespread expectation that he was poised to make a major release. The WikiLeaks founder said the organization would publish around one million documents related to the U.S. election and three governments, but denied the release was aimed at damaging Hillary Clinton.

While Assange said the documents would be released before the end of the year, starting with an initial batch in the coming week, this came as a surprise to many following an unprecedented build up within the media that Wikileaks would release dramatic disclosures on its 10th anniversary.

Speaking via video-link at a Wikileaks anniversary event, Assange burst the bubble of thousands of viewers who listened in hoping for a bombshell “October Surprise” that would hurt Clinton. He told an expecting worldwide audience that “there’s enormous expectation in the United States… some of that expectation will be partly answered. But you understand that if we’re going to make a major publication in the United States at a particular hour, we won’t do it at 3am.”

Instead he simply promised leaks on a weekly basis for the next ten weeks – starting in the next few days. He specifically promised that information would relate to the US elections – but did not mention Clinton by name. When asked directly about Clinton, he denied that he or Wikileaks “intend to harm” the Democratic nominee specifically, but insisted his revelations would be “significant” in relation to the election. He said: “There has been a lot of misquoting of me and Wikileaks publications.

“And in this particular case the misquoting has to do with that we intend to harm Hillary Clinton… All those are false.”

“They come about as a result principally it seems [inaudible] trying to personalize our publications…. Our upcoming publications are significant in relation to the US elections. Do they show interesting features of US power factions and how they operate? Yes, they do.”

Still, that contradicts his own build up. Assange appeared on Fox News last month, repeating his assertion that Wikileaks has damaging documents on Clinton and suggested WikiLeaks may soon release “teasers”. More than three weeks later, that release has yet to take place.

Needless to say, anyone hoping for a shock out of Wikileaks today will be disappointed, as a defensive Wikileaks noted itself:

Update: so far there has been no notable revelations in what has been mostly a trip down Wikileaks’ 10 year memory lane, aside from Assange noting that “We hope to be publishing every week for the next 10 weeks” with materials covering, among other things, the US election.

#Assange: Regarding upcoming publications… We hope to be publishing every week for the next 10 weeks. #wikileaks10

“People have a right to understand who it is they’re electing,” said Wikileaks founder Julian Assange, warning that the information they had received comprised of “a variety of different types of documents, from different types of institutions that are associated with the election campaign, some quite unexpected angles that are quite interesting, some even entertaining.”

Julian Assange, who has lived in the Ecuadorean Embassy in London for five years as officials in Sweden have sought him on criminal charges, is set to deliver his eagerly anticipated address via videolink at the Volksbuhne Theater in Berlin to mark WikiLeaks’ 10th anniversary starting around 11am CET.

Assange canceled an earlier plan to deliver the address from the balcony of the Ecuadorian embassy in London due to security concerns.  Some believe the video announcement by the WikiLeaks founder could be an “October surprise” geared towards the U.S. presidential election. Supporters of GOP presidential candidate Donald Trump have said they believe the announcement will be damaging to the candidacy of Democratic rival Hillary Clinton.

“I don’t want to give it away,” Assange told Fox News Channel’s Megyn Kelly in August, when he indicated he had a major scoop that could influence the race. “But it’s a variety of documents, from different types of institutions that are associated with the election campaign, some quite unexpected angles, some quite interesting, some even entertaining.”

In a subsequent interview with Fox News Channel’s Sean Hannity last month, Assange said his next round of revelations was coming “reasonably soon.”

“The first batch is reasonably soon,” he told Hannity. “We are quite confident about it now.”

As previously reported, Assange already impated the presidential race materially two months ago, with the release of 20,000 internal emails that confirmed the Democratic National Committee conspired to prevent Bernie Sanders from winning the nomination. Those revelations surfaced in August, just before the party’s convention, proving embarrassing to Clinton’s campaign. They also led to the resignation of DNC Chairwoman Debbie Wasserman Schultz.

However, it is what he will reveal today that has most political pundits and commentators on edge, not to mention Hillary Clinton.

The running order of scheduled events is as follows (all times ET):

The Guantanamo Files exposed systematic and routine violations of the Geneva Conventions and abuse of 800 prisoners as young as 14 and as old as 89 at Guantanamo Bay.

The Iraq and Afghanistan War Logs showed the true number of civilian deaths in Iraq and is the most detailed record of war to date. It detailed the abuse and torture of prisoners by police and military in full knowledge of coalition forces.

The Minton Report detailed how Dutch multinational company Trafigura had dumped toxic waste in the Ivory Coast affecting 108,000 people. The report had been suppressed through a super injunction that the Guardian and the BBC obeyed, but WikiLeaks exposed.

The Collateral Murder this classified US military video of a helicopter gunship slaying eighteen people in the Iraqi suburb of New Baghdad, including two Reuters journalists and their rescuers, documents a war crime.

PLUSD The Public Library of US Diplomacy is a growing collection of 3,326,538 diplomatic cables from 274 consulates and embassies spanning the period 1966 to 2010. PLUSD documents fifty years of United States diplomatic relations across the globe, its activities, its component corporations, its allies and its enemies. The collection has vastly expanded since the initial publication of Cablegate in 2010.

The Syria Files provided extraordinary insight into the Assad regime over the period August 2006 to March 2012, through over two million emails from 680 Syrian political figures, ministries and associated companies and the regime’s international security contracts.

The Global Int elligence Files revealed the inner workings of the private intelligence firm Stratfor that services the US government and large corporations such as Bhopal’s Dow Chemical Co., Lockheed Martin, Northrop Grumman, Raytheon and government agencies, including the US Department of Homeland Security, the US Marines and the US Defence Intelligence Agency.

TPP, TTIP & TISA, aka the ‘Big 3Ts’, are major trade agreements being drafted and negotiated in secret without proper democratic oversight. WikiLeaks has provided multiple draft chapters and negotiating positions to the public, which have fueled social justice and fair trade movementsthroughout the world. The Trans Pacific Partnership Agreement (TPP) and Transatlantic Trade and Investment Partnership are now stalled. The lesser known Trade in Services Agreement (TiSA) between US, EU and 22 other countries accounts for two thirds of global GDP has been classified to keep it secret not just during the negotiations but for five years after the TiSA enters into force.

The NSA World Leaders Targets are the most highly classified documents ever published by a media organisation. The documents revealed interceptions of NSA targets, including UN Secretary General Ban Ki-Moon’s meetings with Heads of State, Prime Ministers Berlusconi and Netanyahu, President Hollande, the Japanese cabinet, and US economic espionage in Japan, France and Brazil,its singling out for interception of the UN High Commissioner for Refugees (UNHCR) and the Director of the Rules Division of the World Trade Organisation (WTO) among others.

The Democratic National Committee L eaks consist of 19,252 emails and 8,034 attachments from the US Democratic National Party leadership, which resulted in the resignation of five top officials who had stacked the chips against one of the two Democratic candidates, Bernie Sanders, to favour Hillary Clinton by pressuring media outlets such as CNN, MSNBC, and black PR methods.