For years the political elites, backed by funding from George Soros, have fought common sense voter ID laws as blatant attempts of racist right wingers to suppress the votes of minority and low-income citizens.  These same people tirelessly argue that there is no evidence of voter fraud despite the mountain of facts that keeps piling up the contrary.  In fact, per the National Review, United States District Judge Lynn Adelman of Wisconsin, in response to a voter ID complaint in that state, recently claimed that “virtually no voter impersonation occurs” in Wisconsin and that “no evidence suggests that voter-impersonation fraud will become a problem at any time in the foreseeable future.”

Well, we guess that could be true if the pesky facts would just stop getting in the way.  According to research conducted by the Pew Research Center in 2012, the capacity for voter fraud in the U.S. is substantial with nearly 2mm dead people found to be registered voters and nearly 3mm people registered in multiple states.

And, just earlier today we wrote about how Arcan Cetin, the 20 year old Turkish citizen who recently killed 5 people at the Cascade Mall in Washington, somehow managed to vote in the past 3 election cycles despite not being a U.S. citizen.  When asked about the news, Washington Secretary of State, Kim Wyman, simply said “we don’t have a provision in state law that allows either county elections officials or the Secretary of State’s office to verify someone’s citizenship.”  Sure, because why would someone’s citizenship status be important for determining his eligibity to vote?

Now, courtesy of WaPo, we know that the FBI is investigating how exactly 19 dead people were recently re-registered to vote in the critical swing state of Virginia.  A few months ago we noted Virginia Governor, and long-time Clinton confidant, Terry McAuliffe‘s willingness to go to great lengths to hand his state’s 13 electoral votes to Hillary by registering 200,000 felons to vote, but adding dead people to the voting rolls seems a bit excessive (see “FelonsVotesMatter (To Hillary) – Clinton’s Election Fate In Virginia Lies With 200,000 Unregistered Offenders“). 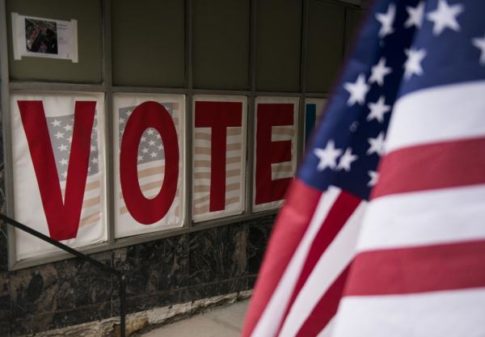 All 19 were initially registered as voters in the Shenandoah Valley city of Harrisonburg, although a clerk double-checking the entries later raised questions about one. She recognized the name of Richard Allen Claybrook Sr., who died in 2014 at age 87, because his son is a well-known local judge. She happened to recall that the judge’s father had died.

“He was a retired Fairfax County elementary school principal and had fought in World War II,” said his son, retired Harrisonburg General District Court Judge Richard Allen Claybrook Jr. “So our family is very disgusted that they would pick his name, because he was such a law-abiding citizen devoted to public service.”

All of the forms had been submitted by a private group that was working to register voters on the campus of James Madison University, according to the Harrisonburg registrar’s office. The group was not identified. No charges have been filed.

Meanwhile, state republicans pointed to this as obvious evidence of voter fraud…

Republicans in the state House of Delegates, who in recent years have supported tighter voter ID laws, held a conference call with reporters to call attention to the investigation.

“Oftentimes we hear our Democratic colleagues suggest that voter fraud doesn’t exist in Virginia, or it’s a myth,” House Speaker William J. Howell (R-Stafford) said. “This is proof that voter fraud not only exists but is ongoing and is a threat to the integrity of our elections.”

…while democrats responded with the same ole argument that no fraud occurred because no one actually voted.

“First of all, there was no voter fraud — they caught him,” Toscano said. “Nobody cast a vote. . . . There’s still no evidence of that going on in the state. But there is evidence every time you turn around that the Republicans are trying to make it more difficult for citizens to vote in elections.”

Of course, we just pointed out how the dead in Colorado are actually voting and have been doing so for years…but we’re sure that’s not a concern to Toscano either.

But something tells us, no matter how many of these types of situations emerge over and over, that U.S. citizens, and common sense for that matter, will never prevail in the war against George Soros and the simple political narrative that voter I.D. laws are somehow racist and/or disenfranchise low-income voters.