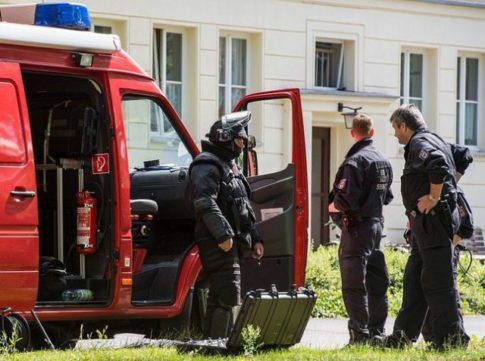 German police have announced the arrest of a young man who is alleged to have been plotting to bomb a town festival near the German capital of Berlin.

Police in the Brandenburg region of Germany near the Polish border said the 27-year-old suspect was linked to known Salafist groups and the motive for the bombing would have been in sympathy of Islamist causes. Brandenburg Minister President Dietmar Woidke said that the man had planned to carry out the bombing at the end of August in the town of Eisenhüttenstadt, reports Kurier.

Police have also reported that they found explosives at the apartment of the suspect, but have given few details as the matter is currently still under investigation. Regarding the identity of the suspect police have confirmed that he is a German citizen who converted to Islam and has been actively involved with Salafist groups. “There are suspicions that an explosive attack was being

Regarding the identity of the suspect, police have confirmed that he is a German citizen who converted to Islam and has been actively involved with Salafist groups. “There are suspicions that an explosive attack was being prepared,” a local government spokeswoman said.

The town festival in Eisenhüttenstadt will still take place between August 26th to the 28th. The town itself, while on the Polish border, has only 30,000 inhabitants and may have been picked as a “soft target” due to the small size of the event.

The bombing plot is strikingly similar to the failed suicide bombing attempt in the German city of Ansbach in Bavaria last month. The perpetrator in that attack was revealed to have been an asylum seeker from Syria who had become radicalized after he was scheduled to be deported after his asylum claim had failed.

The arrest comes as only the latest in a string of arrests of Islamic State or Salafist sympathizers who have planned to commit acts of terror in Germany. Earlier this year in Dortmund several men, all asylum seekers, were arrested by police in connection with terrorism. The four Syrians had plotted to carry out an attack similar to the Paris shootings last year at the Bataclan theater which resulted in massive casualties.

Earlier this year it was revealed that German intelligence agencies were investigating over 369 cases of migrants with Islamic State links. Migrants combined with Germans who have become radicalized have led many authorities across Europe to warn of the scale of the threat from the Islamic State and from acts of terrorism. Police forces including Europol warn that more terror attacks are likely on the horizon.