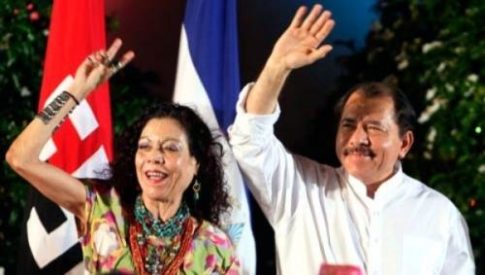 While Latin America’s love of the political left has decreased as the oily money runs dry (e.g. Venezuela), one leader continues to strengthen his political grip across all corners of his country. Daniel Ortega, the 1980’s guerilla fighter who rose to fame by removing the Somoza dictatorship, is now creating his own version of authoritarianism.

Nicaragua is set to hold presidential elections in November 2016, where Ortega will run for his third term (after changing the constitutional term limits). Evidently, Ortega is the overwhelming favorite given that he banned the main opposition party from running. Moreover, last week he removed all political opposition from Congress, essentially guaranteeing unanimous support from the legislative, judicial and executive branch. He stands alone.

This week, he nominated his wife as his running mate, and guaranteed that the Presidency will remain a family-run business.

Nicaragua is by no means a large economy, with GDP totaling $13 billion. What is concerning is the ease at which Ortega has been able to take control of all institutions. When Ortega got re-elected in 2006, he made a deal with the private sector, which quickly embraced the opportunity of crony capitalism and mutual self-enrichment. Today, even private sector is afraid of his reach for power.

As the NYT editorial states, “Under Mr. Ortega, 70, the country’s tiny economy has grown. And he has managed to work closely with international donors, foreign investors and the private sector, all while collecting financial aid from Venezuela.

Nicaragua, which has a vast police force that keeps close tabs on its citizens, has also remained safer than three of its northern neighbors, Honduras, El Salvador and Guatemala. Gangs and violent drug trafficking has caused tens of thousands of people from those nations to flee to the United States in recent years.

The country’s relative security is no reason to tolerate repression and authoritarianism. Genuine political competition and a free press are necessary cures to the corruption and inefficiency that so often corrode authoritarian systems. The course of Mr. Ortega’s own political history should serve as reminder that overthrowing a government can be the citizens’ response when all other avenues for dissent are shut.“

Any similarity to Bill and Hillary is purely coincidental.