Yesterday, Austrian Chancellor Christian Kern became the first European to publicly unload on the post-“coup” regime in Ankara where Erdogan has unleashed an unprecedented, dictatorial crackdown on all political adversaries, which until now had barely elicited anything more than a tactful verbal reproach from Europe’s democracy-crusading bureaucrats. Launching the war of words, Kern said that the EU should discuss ending Turkey accession talks “which are nothing but diplomatic fiction” as the country lacks democratic standards to justify accession. The Chancellor said the EU would be well advised to “press the reset button” on talks and when asked if Austria will propose ending accession talks at next EU Council meeting on September 16, Kern says “we will start a discussion about this,” adding Austria will ask for “alternative concept.”

While hardly news to anyone, what Kern did was expose the hypocrisy behind the western alliance’s treatment of Erdogan, which is desperate to keep Turkey in its good graces for four reasons: its bases provide NATO with a middle-eastern hub for military missions; it is a key energy nexus between the east and west, it is an outpost for 2 million Syrian refugees which could resume their exodus toward Germany, and if lost, Turkey would promptly gravitate toward Russia’s sphere of influence.

Which is why nobody had so far dared to aggressively criticize what has happened in Turkey, until the Austrian finally admitted the truth.

Fast forward to today, when Turkish Foreign Minster Mevlut Cavusoglu demonstrated his country’s supreme displeasure with Austria stepping out of line, and lashed out calling Austria the “capital of radical racism” in retaliation. This was particularly ironic coming from a nation many have accused of being the source of “radical jihadists” entering Europe.

In an interview with broadcaster TGRT Haber, Cavusoglu said Kern’s comments, spurred largely by a crackdown on suspected perpetrators of a failed coup last month, were “ugly” and that he rejected them all.

“The Austrian chancellor should first take a look at his own country. One of the trends that is an enemy of human rights and values is racism and today Austria is the capital of radical racism,” he said.

Yes, that was Turkey lecturing a European nation on human rights. 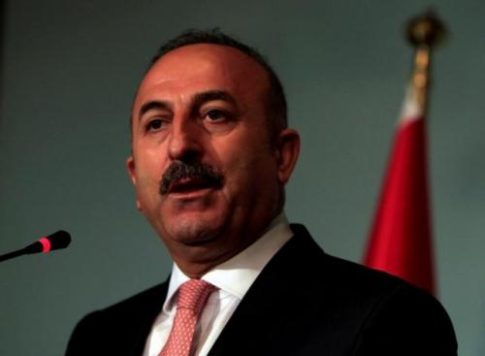 Meanwhile, as a fresh international scandal erupts involving a country in Europe’s core and another country which wishes to be part of Europe but never will, the Austrian chancellor is facing an angry public at home. Kern’s Social Democrats have come under pressure from both their Conservative coalition partners and the far right Freedom Party, which has in a recent opinion poll attracted 35% of votes on an anti-immigrant platform, critical of Islam.

While other European leaders have voiced concern over Turkish President Tayyip Erdogan’s crackdown on suspected dissidents after a failed coup attempt last month, identifying his idea of reintroducing the death penalty in Turkey as a red line barring EU accession, nobody has engaged in such a high level diplomatic spat with Ankara as Austria. Tensions between the two countries had been on the rise since last month. Austria had summoned Turkey’s ambassador on July 21 to explain Ankara’s links to demonstrations in the country in support of Erdogan.

Meanwhile, Ankara has complained Europe is not living up to its side of the accord, a stance reiterated by Cavusoglu on Friday, and has again threatened Europe with blackmail, following a warning earlier in the week that if Turkey is not granted visa-free travel, it would unleash the millions of refugees currently held back by Turkey’s borders.  “If there is an agreement, either both sides would implement this or both would put it aside. There is no step back from this,” he said.

Ironically, as we have said since March, it is Turkey that continues to hold all the trump cards, because infuriating an irrational Erdogan will ultimately lead to another tidal wave of refugees who will flood across Europe, and lead to even more terrorism, not to mention the likely collapse in Germany’s government: as we reported today, Merkel’s approval rating already plunged by a record to the lowest since 2013, as a result of the recent surge in terrorist attacks in Germany. More of the same would assure the ouster of the person many consider the most powerful politician in Europe. Which is why Turkey holds the keys to Europe’s next crisis, and it knows it very well.