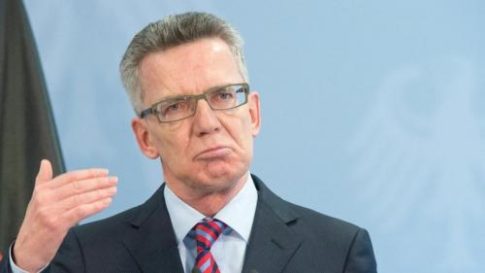 Following the latest allegedly terrorist incident to take place on German soil late Sunday at a music festival in the Bavarian town of Ansbach, near Nuremberg, when a 27-year-old man identified as a Syrian refugee blew himself up near the entrance to the event, injuring 12 others, Germany has been put on edge after an unprecedented series of four attacks in the last week left many dead and wounded, placing pressure on German Chancellor Angela Merkel’s government to stem the violence.

The bombing followed a shooting spree at a shopping center in Munich on Friday, in which an 18-year-old man shot dead nine people before killing himself. In another assault on Sunday, a machete-wielding 21-year-old male, also identified as Syrian refugee, killed a pregnant woman in a town south of Stuttgart. Last Monday, an ax assault by an Afghan asylum seeker allegedly inspired by Islamic State wounded two train passengers near Wuerzburg.

“We’re shaken by the events that occurred over the weekend,” government spokeswoman Ulrike Demmer told reporters on Monday cited by Bloomberg, adding that Merkel is closely following the developments from the countryside outside of Berlin. Curiously, or perhaps understandably, Demmer said that the four assaults don’t offer a “clear picture” about motives.

Many would beg to differ.

However, pouring cold water on speculation that Merkel may have learned a lesson from last week’s events,  German Interior Minister Thomas de Maiziere said that “the attacks are unrelated to Merkel’s refugee policy.” He urged people not to panic, adding “naturally people are concerned and are questioning whether they should change their routines. We should not. … we should continue to live our free lives” AP adds.

And to help them do just that, the interior minister said that he has ordered increased security presence at airports, train stations and other public places, adding that the “German army can play a domestic role in special cases.” Cases such as these.

Pushing the narrative that these were isolated, lone-wolf attackers, de Maiziere said that “psychiatric liability” is a possible motive behind the recent deeds, even as he said that he can’t rule out an Islamist background to the assailants.

Meanwhile, not at all helping the narrative that the “attacks are unrelated to Merkel’s refugee policy”, Bavaria’s top security official, Joachim Herrmann, said the police have found violent videos and bomb-making material at the home of the man who blew himself up in the town of Ansbach. As AP reports, Bavaria’s top security official says a video has been found on the Ansbach bomber’s phone showing him pledging allegiance to the leader of the Islamic State group.

Herrmann told reporters Monday that police also found gasoline, chemicals and other material that could be used to make a bomb.

Which likely means that the tragic deadly attacks on German soil will continue, even as Merkel denies all responsibility, and the culmination may very well be Germany army tanks rolling out on the street to protect the peace, as de Maizere hinted today the Wehrmacht will have to do “in special cases.”