“Older men declare war. But it is the youth that must fight and die.” ~ Herbert Hoover

“I’m fed up to the ears with old men dreaming up wars for young men to die in.” ~ George S. McGovern

One hundred years ago today—on July 1, 1916—thousands of young men died after older men decided, again, to send them to war. On the first day of the Battle of the Somme, the British army suffered 57,470 casualties, of which 19,240 were deaths, the French had 1,590 casualties, and the Germans had over 10,000. It was the single greatest day for casualties in British military history. By the time the Battle of the Somme ended in November, the British had around 420,000 casualties, the French about 200,000, and the Germans about 500,000.

One would think that when almost 20,000 of your young men in the prime of their life die in one battle on one day that the British would simply say “enough is enough” and just tell the army to quit fighting and go home. But no, the British army continued to execute men for desertion like the hundred or more that suffered that fate in the two years before the Battle of the Somme.

It is senseless slaughter like the Battle of the Somme that led Ernest Hemingway, who was an ambulance driver in Italy toward the end of World War I, to say:

They wrote in the old days that it is sweet and fitting to die for one’s country. But in modern war there is nothing sweet nor fitting in your dying. You will die like a dog for no good reason.

Never think that war, no matter how necessary, nor how justified, is not a crime.

Over 115,000 American soldiers would go on to die like dogs for no good reason after the United States foolishly and senselessly entered World War I in April of 1917. The thousands of U.S. troops who in more recent times died in Iraq and Afghanistan likewise senselessly died in vain and for a lie.

It is an uphill battle.

Governments, presidents, politicians, and military officers will continue to send young men to fight and die.

The military establishment will continue to want more money and more weapons of war to try out.

Some libertarians will continue to write me and say that although they agree with everything I say about the follies of U.S. foreign policy and military interventions none of it is the fault of the troops and I should quit criticizing them even though they enlisted in the U.S. war machine of their own free will.

So, how do you end the war once and for all? Easy. Young men simply need to stop joining the military. It is just as Einstein said:

Nothing will end war unless the people themselves refuse to go to war.

The pioneers of a warless world are the youth who refuse military service.

“War has never been possible,” writes Robert Meagher in Killing from the Inside Out: Moral Injury and Just War, “ unless men have been willing to kill each other and, while they’re at it, possibly to be killed.” And as I have said over and over again: you can’t have a war without soldiers. It is only by young men not enlisting or refusing to enlist that war can be ended once and for all. 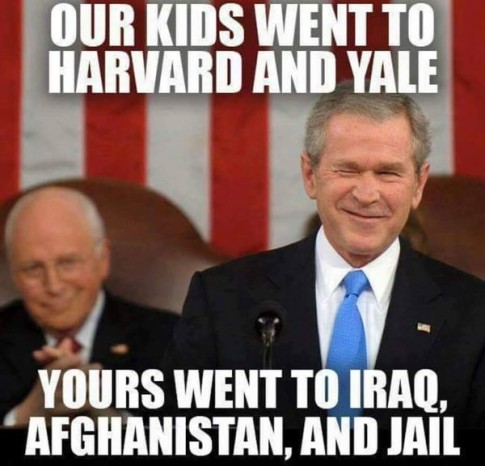