– Russia Warns US Against Striking Assad:

As we reported yesterday, over 50 US State Department officials are now calling for “targeted military strikes” directly against Assad’s Syrian government as a means to defeat ISIS.

The irony of course is that we’ve now come full circle. The US created ISIS in hopes of toppling Assad, and now that the ISIS strategy is losing momentum (due in large part to Russia’ relentless pounding of the group), the US now wants to just fast forward to the end game, which is to take out Assad directly (using ISIS as a reason of course).

What has also emerged is that Saudi Arabia has now grown impatient with the fact that Assad is still in power, and have started to press the US to provide more sophisticated weapons to the rebels. Saudi foreign minister Adel al Jubeir who is visiting the US just confirmed as much yesterday when he said that “Saudi Arabia supports a more aggressive military approach in Syria to get Assad to agree to a political solution.“

The Foreign Minister says Saudi Arabia supports a more aggressive military approach in Syria to get Assad to agree to a political solution.

In response to calls to take this approach, the Obama administration has expressed concern that attacking the Assad regime could lead to a direct conflict with Russia and Iran, which of course is a rational way to view the situation because Russia has been steadfast in its support of Assad’s government, or at least not allowing the US to take it out.

Speaking to Russia’s top economic forum, Putin proposed that the Syrian opposition could be offered seats in the Syrian cabinet as part of efforts to encourage dialogue that could lead to new elections being held in Syria. Putin said that creating a new government that will have the trust of most of Syria’s population is key to ending the conflict, and that goal can be achieved through drafting a new constitution and holding new elections, something Assad pledged to Putin would happen.

In a sound bite that Putin absolutely must have known would get back to the Obama administration, Putin reportedly said “There is nothing more democratic than elections” – clearly a jab at the US and its hypocrisy of wanting to simply take out Assad militarily as opposed to working with Russia to force Syria holding new elections.

On Friday, Putin’s spokesman Dmitry Peskov strongly warned Washington against striking Assad’s forces, saying it would “fuel turmoil across the entire region”, and that any attempt to topple Assad’s government “wouldn’t help a successful fight against terrorism and could plunge the region into total chaos.”

Russian Defense Ministry spokesman Maj. Gen. Igor Konashenkov said that the calls for a military action against Assad “can’t but worry any reasonable person”, adding “who would bear responsibility for that? Or shall we see the same Hollywood-style smile as it happened already in Afghanistan, Iraq and Libya?”

Of course Konashenkov is right, the US has made a complete mess out of the Middle East and it appears as though Russia is not going to allow yet another debacle to take place in Syria. The question is this, will the US fold and pander to its Saudi “friends” who are pushing to have Assad out, or will the fact that toppling Assad will lead to a direct conflict with Russia be enough to have the US stand down. If all of the recent activity taking place on Russia’s borders is any indication, we can get a good sense as to which way the US is leaning. 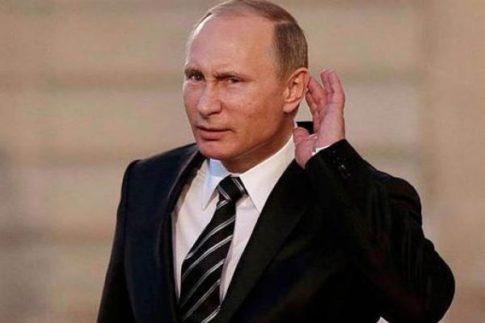