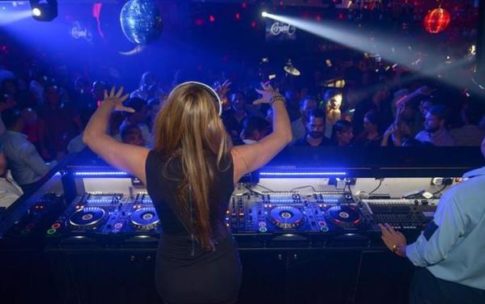 – ‘US Ally’ Qatar Arrests Dutch Rape Victim For “Having Sex Out Of Wedlock”:

If you’re itching to go out clubbing in Qatar, make sure you keep your hand over your drink.

A 22 year old Dutch woman said she was drugged by a Syrian man during a party in March at the Crystal Lounge nightclub at the W Doha Hotel, and woke up in an unfamiliar apartment. Upon waking up the woman known as “Laura” realized that she had been sexually assaulted, and subsequently reported the incident to the Qatari police.

The police, in turn, arrested Laura on March 14 on charges of committing illicit sex acts, and have held her ever since.

Brian Lokollo, Laura’s lawyer argued: “She went dancing, but when she returned to the table after the first sip of her drink, she realized that she had been drugged. She really didn’t feel very well. The young woman remembers nothing more until the following morning, when she woke up in a totally unfamiliar apartment and realized to her great horror that she had been raped.”

Laura finally learned her fate on Monday, as she was convicted by the Qatari court of “having sex out of wedlock.” The court sentenced Laura with a one-year suspended sentence and deportation to the Netherlands, Al Jazeera reports.

A court official described the one-year suspended sentence as “lenient”, adding “had she been a Muslim woman, she would have received at least five years in jail. No one can get out of such charges here in Qatar.”

As far as the man, identified as Omar Abdullah al-Hasan, he was also convicted of having sex outside of marriage, which is a serious offense in Qatar. al-Hasan was sentenced to 100 lashes for illicit sex acts, and another 40 lashes as punishment for public drunkenness – he too will be deported.

al-Hasan acknowledged having sex with Laura, but claims it was consensual.

Laura’s mother was quoted by Dutch media as just being thankful it was over, and that Laura was just going to be deported – “I’m shaking in my legs. I can’t believe it. She has been sentenced. I don’t know what for but I don’t care. This is the best I could have wished for.”

So the lesson here is twofold, one is if you’re going out in Qatar, cover your drink, and the second is that if you get raped after a night out, you’re going to be arrested and convicted of having sex outside of wedlock. There’s really not much else to say about that.

Additionally, it would be beneficial to try and remain sober, just to ensure you don’t end up on the receiving end of 40 lashes.