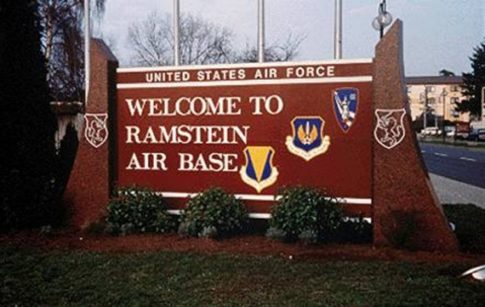 Numerous reports have now come in to SuperStation95 that an EVACUATION of military families is underway from Ramstein Air Force Base in Germany.  This is usually undertaken ONLY if war is considered “imminent.”

Officially, there are “security concerns” about a planned Protest around the base. The protest, dubbed “Initiative Stop Ramstein” is planning to protest this Saturday, June 11th, outside of Ramstein Air Base’s west gate between 13:00 and 17:00. The coordinator is estimating 5,000 demonstrators with a rally that kicks off at the main train station in Kaiserslautern. Both Polizei and 569 USFPS will conduct vehicle and crowd control measures outside the west gate as well as along the human chain between the west gate traffic circle through Ramstein Village, between the main road from Kindsbach through Landstuhl, and between Lanstuhl’s city center to the west gate access road toward the west gate traffic circle. Please avoid these areas and the west gate as much as possible. East and LVIS gates will be open for use from 10:00 to 19:00.

Unofficially, there is concern that the base is to be ATTACKED.  Intelligence sources now tell SuperStation95 that a sub-plot to the Protest goes something like this:

The US Air Force base at Ramstein, Germany, is a central pivot for preparing and executing wars of aggression violating international law. Most of the lethal missions of US combat drones, e.g. in Iraq, Afghanistan, Pakistan, Yemen, Syria, and Africa, are conducted via Ramstein’s satellite relay station.

There is now a belief among military analysts that Ramstein is going to come under actual attack, and that is why “dependents” of Military members are being evacuated. The base is preparing to defend itself.

“Never Saw So Many Planes”

German locals who talked to SuperStation95 say “We have never seen so many planes landing and taking off from this base.  They land and take off every two minutes.  It’s been like this all night, since last night.” said one local resident.

When contacted earlier today by SuperStation95, regarding these reports, Lt. Colonel Henderson at the Pentagon Press Office said she “Did not have any information about any evacuation from Ramstein” and said “I think if that was happening, a lot of telephones would be ringing here. ”

Yet the reports not only persist, they are increasing in frequency.

More details as they become available . . .