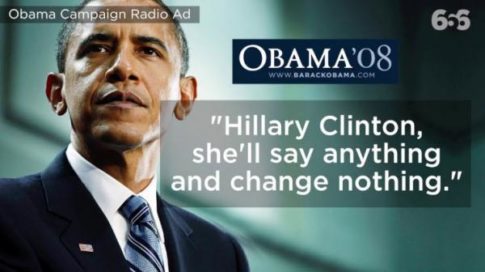 An hour after Bernie left the building, President Obama, according to The Washington Post, will offer his formal endorsement of Hillary Clinton with a video to be released later today. The president plans to campaign with the former secretary of state in Wisconsin next week. 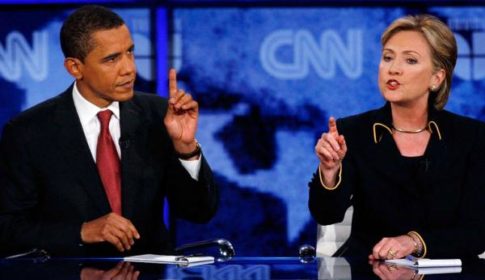 The swift endorsement comes after the president met with Sen. Bernie Sanders at the White House earlier Thursday as the Vermont senator mulls his options about exiting the Democratic nominating battle.

Sanders is under pressure to stand down and help to unify the party after a long and contentious battle with Clinton for the nomination. Obama’s endorsement will add to that pressure, although most party leader, including the president, have urged that he be allowed to decide on his future plans on his own timetable.

The president’s decision to move quickly to give his public support for Clinton is an indication of his desire to begin to play a more active role in making the case against presumptive Republican nominee Donald Trump as unqualified to be president and to try to rally those who have backed Sanders behind Clinton’s candidacy.

Bernie Sanders said Thursday that he looks forward to working with Hillary Clinton to defeat presumptive Republican nominee Donald Trump in the fall, striking a conciliatory note as he emerged from a White House meeting with President Obama.

We leave it to David Stockman to sum it all up: “we just can’t handle four more years of Hillbama… Obamacare is a ticking timebomb.. and foreign policy is a disaster…”

Below is the press Briefing by Josh Earnest in which he will announce Obama’s endorsement: