In a speech given in Elkhart, Indiana on Wednesday, President Obama called for a strengthening social security, and even expanding the benefits of the program.

Obama’s tone on the entitlement program (that is underfunded by trillions of dollars) went over well with the progressive base, who were still upset about Obama’s wavering about a social security “task force” a few years ago, and his support of social security being linked to a chained CPI which would effectively lower the cost of living adjustments for recipients. Of course the plan called for the “wealthiest Americans” to pay for it, which resonated even more. The White House downplayed that the comments were part of any type of pressure the president had been under from liberal groups, saying it’s been Obama’s stance all along.

President Barack Obama called for expanding Social Security on Wednesday, prompting progressive groups to declare victory after they tangled with him over a plan to save costs in the entitlement program three years ago.

“And not only do we need to strengthen its long-term health, it’s time we finally made Social Security more generous and increased its benefits so that today’s retirees and future generations get the dignified retirement that they’ve earned,” Obama said in an economic call to arms in Elkhart, Indiana. “We could start paying for it by asking the wealthiest Americans to contribute a little bit more.”

“For many years — dating back to before he became president — President Obama has made clear that we need to strengthen Social Security,” a White House official wrote in an email. “In his speech today, the president reiterated that as we ensure the program’s solvency for generations to come, we should also enhance benefits so that Americans can retire with dignity.”

But while Obama repeatedly called for ways to shore up the Social Security trust fund — including possibly taxing the rich — he said, as he ran for reelection in 2012, that he would not “slash benefits” or privatize the program.

However, it’s unclear whether he has officially backed expanding benefits. In fact, in 2013, he endorsed a plan to change the way cost-of-living increases are measured for Social Security, to a formula known as “chained CPI,” that would have slowed the growth of checks relative to inflation.

Progressives are crediting Bernie Sanders for Obama’s pivot to bringing the issue of social security back up. Sanders has unquestionable momentum generated by his presidential campaign, and Sanders also spearheaded a letter in 2015 that was signed by Democratic members of congress including Elizabeth Warren (D-MA), calling on Obama to fill gaps in shrinking retirement plans by expanding social security, something Obama spoke about on Wednesday when he said that fewer and fewer people have pensions they can really count on.

“If anyone has ever wondered what impact the grass-roots political revolution behind Bernie Sanders is having on the future of the Democratic Party, the sharp, populist progressive turn that President Obama made today on Social Security expansion should answer those questions,” said Democracy for America chairman Jim Dean in a statement.

Of course, the “wealthiest Americans” don’t have pockets deep enough to pay for all of the unfunded liabilities of the federal government, especially not when they’re going to be taxed significantly to cover state pension deficits first. Incidentally, this is the problem that former Fed chairman Alan Greenspan continues to hammer on in his atonement tour. 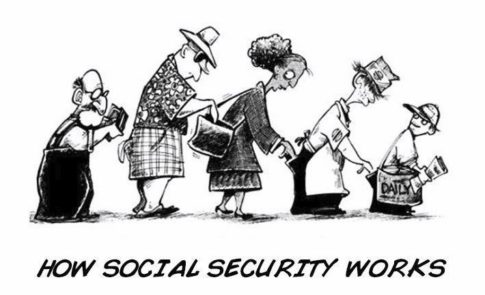