– China Warns The World: America Is The “Greatest Threat To Peace & Stability”:

It is no secret that the relationship between the United States and China has been strained for quite some time. Earlier this month when the US sailed its guided missile destroyer the USS William P. Lawrence within 12 nautical miles of Chinese-occupied Fiery Cross Reef, it ended in China scrambling of two fighter jets and three warships to shadow the destroyer and convince it to leave the area. 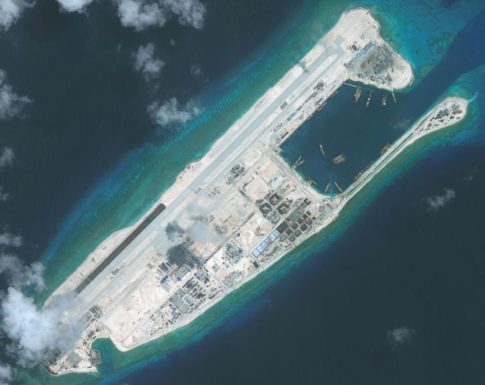 The US admitted that it sailed the USS William P. Lawrence by the disputed island in order to “challenge excessive maritime claims” made by China. In turn, China had this to say about the US effort: “This action by the U.S. side threatened China’s sovereignty and security interests, endangered the staff and facilities on the reef, and damaged regional peace and stability.“

As the US meddles in the South China Sea disputes, China has been increasingly vocal about its displeasure, and that came out very directly in recent comments made on Thursday. 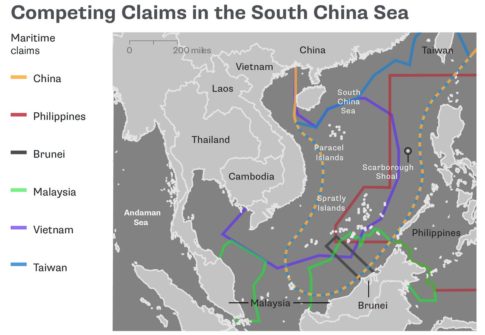 The United Nations is getting ready to rule on a maritime dispute between China and the Philippines, and in discussing that potential ruling Yang Yujun, spokesman for the Ministry of National Defense (MND) said at a briefing that US involvement in these types of disputes is the greatest threat to the region.

On Thursday, China said that it would not recognize the UN verdict on the issue, unless China’s claims are honored.

“No matter what kind of ruling the Court makes, China will not accept nor recognize the adjudication,” Yang Yujun, spokesman for the Ministry of National Defense (MND) said at a briefing. “This is China’s right conferred by the international laws. By doing so we are actually abiding by and observing the international laws.”

The tension is being exacerbated even further by a continuously growing American presence in the region, whose many allies also lay claims to the islands. China has called the US involvement in the dispute the “greatest” threat to the region.

“Certain countries outside the region frequently show its military strength in the South China Sea area and this is actually the greatest threat to peace and stability in the region. We urge them to stop stirring up a storm in a teapot and stop sowing seeds of discord so as to maintain peace and stability in the South China Sea, which conforms to the common interests of all parties,” Yang said.

Yang went on to say that “in essence, the root cause for security hazards and potential accidents in the air and at sea between China and the US is the long term, large-scale and frequent close-in reconnaissance activities against China by the US military vessels and aircraft.”

The statement made by Yang sums up perfectly what we have been saying for quite some time now. The more the US provokes China, and Russia for that matter, the likelihood of international incident increases. Of course, maybe that’s what the United States has been after all along.