The STOXX Europe 600 is trending below declining and bearishly positioned 26 and 40-week moving averages, and as BofAML’s Stephen Suttmeier warns, ECB quantitative easing has not reversed this bearish trend. 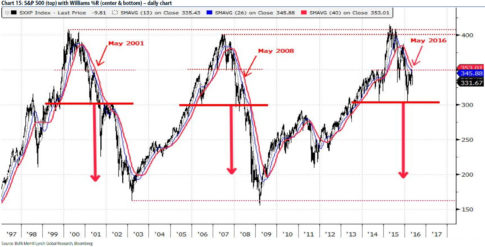 This pattern could repeat or at least rhyme moving into May 2016, and the bearish wedge is a warning that Europe could follow this pattern. 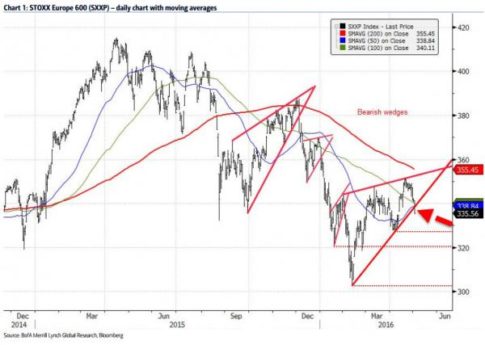