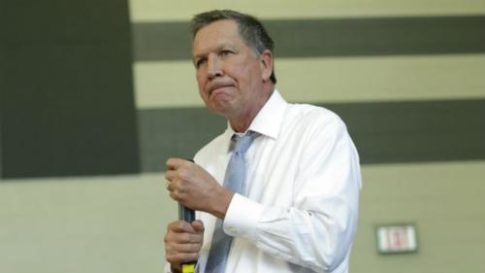 Kasich press conference in Virginia has been canceled. Statement in Columbus at 5pm.

More from The Hill which effectively confirms the speculation that Kasich is finally out.

A campaign aide told a group of reporters awaiting the Ohio governor in Dulles, Va., that he will will instead make “an announcement” at 5 p.m.

The cancelation stokes speculation that Kasich will drop out of the race, the morning after Ted Cruz withdrew his presidential bid.