ISIS appears to be at a bit of a crossroads. As we detailed yesterday, faced with a cash crunch and significant military losses, the organization is becoming quite strained. The group has reached the point where the rank and file are becoming frustrated and have started to defect. 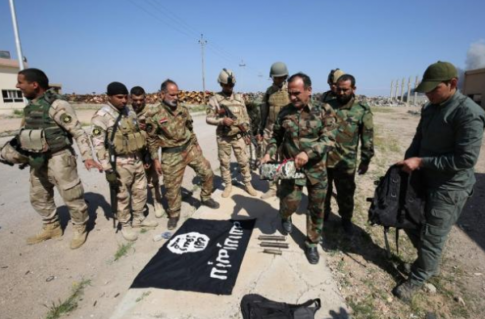 In order to stop the defections, ISIS dug deep in its bag of incentives and decided to employ the carrot and stick method.

First we learned of the stick, which is to literally freeze members to death if they’re caught trying to defect.

As we wrote yesterday

According Iraqi media agency Al Sumaria News, the 45 defectors attempted to flee the battlefield during recent fights in Iraq. They accused deserters were executed by being locked in morgue freezers in Mosul for 24 hours, left for a slow, presumably agonizing death.

Their bodies were reportedly then stretched out along the sides of the road at city entrances to act as a warning to any other fighter who might have second thoughts.

Now, courtesy of the Washington Post, we learn what the carrot is. A wage voucher obtained by the post details out the fact that ISIS is now paying soldiers extra cash for each additional family member. Also, as a sick and twisted added bonus, anyone who has a sex slave gets another $50… USD of course.

The base salary offered to the worker named al-Jiburi was a pittance, just $50 a month. But even the cash-challenged Islamic State knew it had to do more to sustain the loyalty of a man with nine mouths to feed.

A crinkled wage voucher breaks it down by family member:

For al-Jiburi, described in the document as a service worker for the terrorist group, the monthly total came to $360, payable in U.S. greenbacks.

The voucher that shows the breakdown is shown below – the article notes that the document was dated within the last six months, and was found along with other documents in Syria and Iraq. 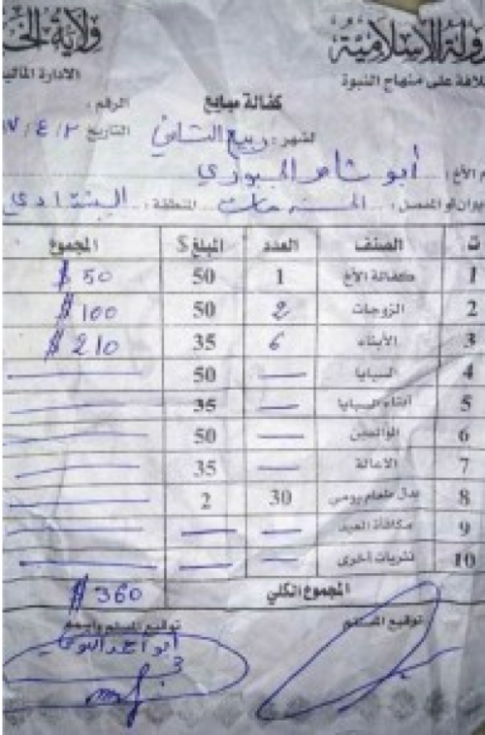 Although the article goes on to caution any predictions about the collapse of ISIS, what’s taking place is an indication that the group is in rough shape, and is now turning on its own. We certainly won’t make any predictions, but none of this bodes well for the sustainability of the organization – which perhaps even more worryingly leaves ISIS fighters with even less to lose by their actions.