– For The First Time US Deploys Two F-22 Raptors Close To Russia To “Deter Aggression”:

Tensions are rapidly escalating between the US and Russia following last week two fly-bys when first a Russian Su-24 “buzzed” the US missile destroyer USS Donald Cook in the Baltic Sea, and just days later flew within 50 feet of a US recon plane also flying over the Baltic Sea, which some interpreted as a Russian warning to Poland. The U.S. quickly responded and complained vocally to Russia (even if Obama did not mention the incident during his phone call with Putin immediately following the incident). 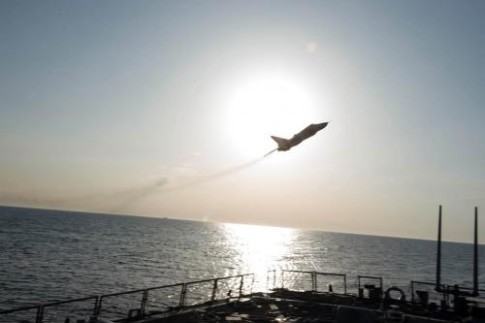 Russia, in turn, promptly responded by accusing the United States last Wednesday of intimidation by sailing a U.S. naval destroyer close to Russia’s border in the Baltics and warned that the Russian military would respond with “all necessary measures” to any future incidents.

Speaking after a meeting between NATO envoys and Russia, their first in almost two years, Moscow’s ambassador to NATO said the April 11 maritime incident showed there could be no improvement in ties until the U.S.-led alliance withdrew from Russia’s borders.

“This is about attempts to exercise military pressure on Russia,” the envoy, Alexander Grushko, said. “We will take all necessary measures, precautions, to compensate for these attempts to use military force,” he told reporters.

Then, immediately following Russia’s abrupt response, it was the US’ turn, and as we reported over the weekend, Barack Obama’s nominee as the next NATO and U.S. European Command commander, Army Gen. Curtis M. “Mike” Scaparrotti , said on Thursday that Russia should be warned that its dangerous flybys of U.S. ships and planes could be met by force.

“Sir, I believe that should be known — yes,” Scaparrotti said when asked by Sen. John McCain whether Russia should be told that the U.S. would take action if American lives were endangered.

Pursuing the same line of questioning, Sen. Joe Donnelly, an Indiana Democrat, asked Scaparrotti whether the Russians should be told that “next time it doesn’t end well for you.”

The general responded that “we should engage them and make clear what’s acceptable. Once we make that known, we have to enforce it. “I think they’re pushing the envelope in terms of our resolve,” Scaparrotti added. “It’s absolutely reckless, it’s unjustified and it’s dangerous.” As NATO commander, he said one of his first actions would be to review the rules of engagement for U.S. and allied forces in the region.

And just to make sure Russia has another “free option” at reckless behavior, earlier today the U.S. Air Force flew in two F-22 Raptor fighter jets to Romania as a show of strength to deter Russian intervention in Ukraine. 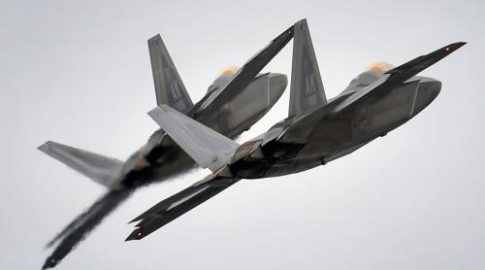 “For the first time in Romania, the next-generation combat aircraft F-22 Raptor, part of the US Air Force Europe mission, arrived today at Mihail Kogalniceanu military base,” the US Embassy said on its Facebook page Monday.

The fighter jets landed at the Mihail Kogalniceanu air base, near the Black Sea port of Constanta in southeast Romania, located less than 400km from the Russian military stronghold of Sevastopol on the Crimean Peninsula. A U.S. statement says they possess sophisticated sensors allowing the pilot to track, identify, shoot and kill air-to-air threats before being detected. The fighters also have a significant capability to attack surface targets.

“These aircraft have the ability to project air dominance quickly, at great distances, to defeat any possible threat,” Lt. Gen. Timothy Ray, 3rd Air Force commander, said in a release.

This is not the first time the US has sent its most modern stealth fighters to Europe: in August, the Air Force deployed four F-22s to Europe for the first time ever as part of the ERI. The fighters traveled to Germany, and also forward deployed with A-10s to Estonia, coming close to Russia’s borders.

In recent months, the service has been using the F-22 often, “heavily tasked to do missions worldwide,” Gorenc said of the August deployment and the F-22’s role in Syria against the Islamic State group.

This was, however, the largest and closest to Russia deployment yet of the multirole fighter to the continent, officials said, a move meant to “bolster the security of NATO allies and partners in Europe” while showcasing its flexibility to fly throughout the region as well as to deter from further “Russian aggression.”

What it is really meant to do is send a signal to Russia following last week’s “flybys” to not do it again. Naturally, Russia will again interpret this move as merely the latest provocation – after all the US would not be delighted if Russia was sending ultramodern fighter planes to a nation located a few hundred miles away from the maindland – thereby making the likelihood of another close encounter even greater. 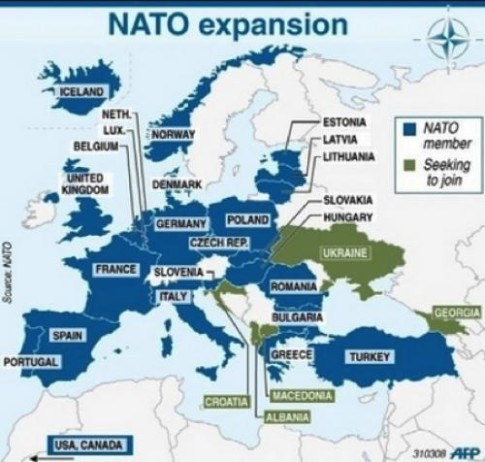 Romanian Air Force chief of staff Maj. Gen. Laurian Anastasof voiced concerns about Russia’s presence in the region. He said that if a Russian plane took off from an air base in Crimea and went 100 kilometers (62 miles) beyond Crimea’s borders “that can trigger worries of the (NATO) alliance.”

Anastasof said that if an unidentified aircraft comes within 20 miles (32 kilometers) of Romania’s airspace, NATO’S procedure “obliges us to scramble planes up in the air, a scenario that had already happened four times this year.” He said no Russian plane had come close to Romania’s airspace.

The U.S. fighter jets, which arrived from Britain, will leave Romania later Monday. They are part of the Operation Atlantic Resolve, a U.S. commitment to NATO’s collective security and regional stability.

The Raptors deployed to RAF Lakenheath, England, earlier this month, and will continue training in Europe until May. Their mission is funded through the European Reassurance Initiative — a Pentagon effort designed to allay European partners’ fears about Russian aggression in the region.