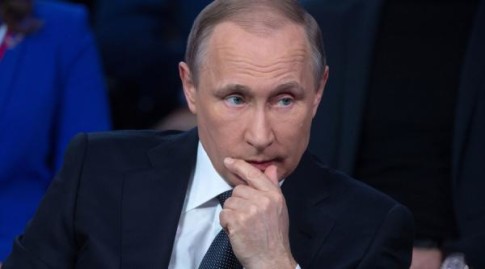 The last few days days have been rife with speculation about the motivation, if any, behind the release of the Panama Papers, with the most prominent example coming from Wikileaks two days ago on Twitter which accused the journalist consortium behind the leak, the ICIJ, of being a “Washington DC based Ford, Soros funded soft-power tax-dodge which has a WikiLeaks problem” and adding that “PanamaPapers Putin attack was produced by OCCRP which targets Russia & former USSR and was funded by USAID & Soros.”

#PanamaPapers Putin attack was produced by OCCRP which targets Russia & former USSR and was funded by USAID & Soros. pic.twitter.com/tgeKfLuROn

As we further suggested, the fact that none other than Rothschild, which is trying to corner the US-based “tax haven” sector, stands to benefit from the collapse of the Panama offshoring industry (as international clients who demand to maintain their anonymous status are forced to move to the US), may lead to further questions about a potential conflict of interest behind said release.

But while these and many other questions will remain unanswered, including why the ICIJ is cherrypicking which names to release especially as pertains to US clients of the Panamanian law firm, earlier today Russian president Putin made his first public announcement on the topic of the Panama Papers.

Acording to AP, Putin denied having any links to offshore accounts and described the Panama Papers document leaks scandal as “part of a U.S.-led plot to weaken Russia.” Putin described the allegations as part of the U.S.-led disinformation campaign waged against Russia in order to weaken its government. “They are trying to destabilize us from within in order to make us more compliant,” he said.

“So here we’ve got some friend of the Russian president, he has done something, probably there is an aspect of corruption to it… But what aspect [exactly]? Well, there is none,” Putin said on Thursday, addressing a media forum in St. Petersburg. He also pointed out that he himself had not been mentioned in the leaked documents.

“You are all journalists here and you know what an informational product is… They’ve plowed through offshore [funds]. [Putin] is not there, there is nothing to talk about. But the task has been assigned! So what have they done? They’ve created an informational product by having found some acquaintances and friends,” the president told the media forum.

According to Putin, the Panama Papers episode is yet another attempt to destabilize Russia from within, and make it “more agreeable.”

“The easiest way to do so is to induce some mistrust to authorities within the society,” Putin said, adding that the creators of the leak aimed at the unity of the multiethnic Russian people.

The Washington-based International Consortium of Investigative Journalists said the documents it obtained indicated that Russian cellist Sergei Roldugin acted as a front man for a network of Putin loyalists, and, perhaps, the president himself.

Putin defended Rolgudin, describing him as a philanthropist who spent his own funds to buy rare musical instruments for Russian state collections. Speaking at a media forum in St. Petersburg, Putin said Western media pushed the claims of his involvement in offshore businesses even though his name didn’t feature in any of the documents leaked from a Panamanian law firm.

Putin said Roldugin, a longtime friend, did nothing wrong. He said he was proud of Roldugin, adding that the musician spent his personal money to advance cultural projects. Roldugin used the money he earned as a minority shareholder of a Russian company to buy rare musical instruments abroad and hand them over to the Russian state.

“I am proud of people like Sergey Pavlovich [Roldugin]… and am proud to have him among my friends,” Putin said, adding that claims that the cellist has billions are nonsense. “Almost all money that he has earnt he spent on buying music instruments abroad, which he then brought to Russia” and gave them to state institutions, Putin said.

“Without publicizing himself, he also has worked to organize concerts, promote Russian culture abroad and effectively paid his own money for that,” Putin added. “The more people like him we have, the better. And I’m proud to have friends like him.”

Putin contended that Washington has fanned allegations of Russian official corruption in order to weaken Moscow as the U.S. has become concerned about Russia’s growing economic and military might.

“The events in Syria have demonstrated Russia’s capability to solve problems far away from its borders,” he said, adding that Moscow has achieved its goal “to strengthen the Syrian statehood, its legitimate government bodies.”

He also touched on the topic of Ukraine, which yesterday suffered a major diplomatic loss after a Dutch referendum voted against an accession agreement meant to bring Ukraine and Europe closer together. Some of Russia’s counterparts on the international arena “got used to a monopoly” there “and don’t want to consider others,” he said, having also quoted some opinions on why relations with the West have worsened.

“Our position on the situation in the south-east of Ukraine, as well as smaller scale things, such as [Russia’s] refusal to extradite [Edward] Snowden have become irritants in our relations,” Putin said.

Meanwhile, Ukraine’s president, Petro Poroshenko, who was explicitly named in the ICIJ leaks, had to be defended by Rothschild. As the FT writes, Rothschild Trust, a branch of Rothschild Wealth Management & Trust, on Thursday confirmed signing what it described as a transparent trust arrangement agreement to manage the assets of Petro Poroshenko, “an oligarch with business interests spanning from chocolates to television who was elected president of Ukraine following the 2013-2014 Maidan revolution.”

In an emailed statement seemingly aimed to dispel concerns, the Zurich-based company said:

As a matter of principle, we never comment on individuals or client relationships, but on this occasion we have been authorized by our client to confirm that Rothschild Trust has been appointed by Mr Poroshenko as trustee of a blind trust to hold his shares in Roshen. This follows over 12 months of extensive preparation, and the relevant trust deed was signed on 14th January 2016. The trust has been modelled on international standards for politicians requiring trusts to hold their assets while they are in office.

Despite his name explicitly appearing in the ICIJ files, Poroshenko has gotten zero media attention across western countries. We wonder if Rothschild will pen comparable “explanation letters” for other oligarchs or pundits who tend to have a pro-Western bent?