– ‘I’d bring back a hell of a lot worse than waterboarding’ – Trump at debates:

The Republican debates have wrapped up in New Hampshire, with some formidable bickering, topped by poll leader Donald Trump’s comment that he would “bring back a hell of a lot worse than waterboarding.”

Trump is also the person who recently in November said he does not care if torture doesn’t work, because “they deserve it anyway.”

His opponent, Texas Senator Ted Cruz, went as far as saying he does not believe the notorious practice of simulated drowning to be torture. “It is enhanced interrogation… It does not meet the generally recognized definition of torture.” He later added, however: “I would not bring it back in any sort of widespread use.”

However, despite this national alarm over waterboarding and the Bush era’s murky history – or even the Obama administration’s somewhat disappointing failure to prosecute those who sanctioned it, many Americans still seem to be betting on the one candidate who is most in favor of such methods.

Trump has left Ted Cruz and Florida Senator Marco Rubio far behind in the polls, gaining twice their numbers. But some suspect Trump’s 32 percent may not be that inexplicable. Political analyst Eric Draitser believes the Republican rhetoric amounts to fear mongering, where everyone tries to use the party’s traditional tactics to score points.

“What is so deeply cynical about all of this – whether they’re talking about waterboarding and terrorism… the heroin epidemic or the growing scourge of heroin use – [is] never asking the question – ‘where is the heroin coming from?’:  Afghanistan. ‘Where are the terrorists coming from?’ All of the countries the United States has been bombing and destroying,” he continued.

While Trump may understand political theater better than anyone on either side of the spectrum, he’s also being accused by Republicans of being a loose cannon.

Draitser believes people should unite behind someone who is a serious opponent to Trump – such as the establishment-friendly Marco Rubio – and somehow also prevent Trump from going with a third party. Because, if Trump leaves the Republicans, this may eventually pave the way for Hillary Clinton’s victory.

In this way, the internal divisions among the Republicans seem to be of great importance. Just a few months ago, people were willing to concede that the very establishment-friendly Hillary had all but won. However, the tide appears to be changing, as many Americans still view her as, basically, Wall Street, next to someone like Sanders, who is now almost exactly tied with her.

The other candidates seemed to be using other issues to try and score what little they could to compete.

Trying to slow down the Florida senator ahead of the New Hampshire primaries on Tuesday, New Jersey Governor Chris Christie blasted him for lacking leadership skills and experience, and even likened him to Obama.

“We’ve watched it happen, everybody. For the last seven years. The people of New Hampshire are smart. Do not make the same mistake again.”

Rubio’s accomplishments were actually near the top of the agenda, together with Islamic State, the epidemic of heroin use, economic recovery and, of course, immigration.

As for the three front-runners, it was Trump, Rubio and Ted Cruz who really got the debates going. And it was terrorism and immigration that took center-stage. While Trump is still the front-runner, things could change: the billionaire mogul came in second in Iowa recently, and some believe he may not have what it takes to win New Hampshire. 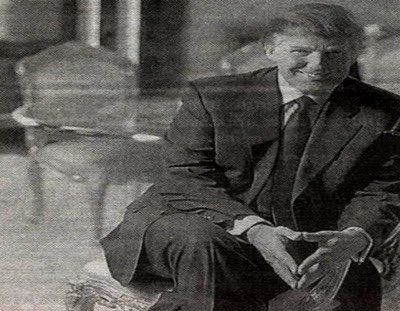