– Ms. Clinton made $3 million for ‘speeches’ to 12 ‘bail-out’ banks while ALWAYS CRIMINALLY SILENT on reneged official promises to end poverty:

The big deal about Ms. Clinton is the same for all “leaders” of both US political parties:

Ms. Clinton acted in Orwellian opposition to her Oath-sworn job as US Secretary of State with ongoing violations of the US Constitution through US Wars of Aggression, various US War Crimes, and support of other nations’ Wars of Aggression.

Consider her job to uphold the Department of State’s Mission Statement as she engaged in armed attacks around the world:

The Department’s mission is to shape and sustain a peaceful, prosperous, just, and democratic world and foster conditions for stability and progress for the benefit of the American people and people everywhere. This mission is shared with the USAID, ensuring we have a common path forward in partnership as we invest in the shared security and prosperity that will ultimately better prepare us for the challenges of tomorrow.

–From the FY 2014 Agency Financial Report

The actual mission of US political leaders is concisely expressed by Economic Hitman John Perkins in this artistic 2-minutes:

Of course, books shall be written when history is unleashed of so many more points that qualify Ms. Clinton only for prison rather than her current position to do further harm as president of the US.

Here’s one more data point: from 2013 to 2015, Ms. Clinton delivered 12 so-called “speeches” to bail-out benefited leading banks in exchange for her receiving $3 million. Together with her husband, the two received ~$139 million from “speeches,” advice, and telling their stories to corporate media book publishers from 2007 to 2014.

If we assume Ms. Clinton’s speeches were an hour in length, the $3 million Ms. Clinton was paid translates into ~$250,000 an hour.

We can add the following economic data to public demand for Ms. Clinton’s arrest, along with her fellow War Criminals and looters:

Importantly to contrast the actions of Ms. Clinton, her husband, and all other leaders as criminal compared to their Oaths and job descriptions, these “leaders” always remain silent on US reneged promises to end poverty. I was on a team who worked with the Clintons and Secretary of the Treasury Bob Rubin at the 1997 Microcredit Summit, that followed work of our team to help create the 1990 World Summit for Children. Bill refused to attend, and sent Hillary. Rubin and Ms. Clinton smiled, promised everything to end poverty, and then reneged on all promises, public and private.

So let’s be clear: Ms. Clinton and her husband have taken nearly $150 million for themselves while taking no action for human beings so poor that ~ 30,000 children die daily from gruesomely slow and painful poverty.

“Crimes against humanity” include any of the following acts committed as part of a widespread or systematic attack directed against any civilian population, with knowledge of the attack:

▪ the crime of apartheid;

Crucial to the case to prove Crimes against Humanity as intentional policy is the fact of ongoing “Developed Nations’” reneged promises to end poverty since 1969 (and here). Full documentation of all poverty facts is here; main points regarding solutions:

For Americans still zombiefied to “believe” in Ms. Clinton and other “leaders’” America, please embrace the reality that 40% of US children live at least one year of their lives in under-measured poverty, while oligarchs most responsible literally laugh in grandiose glee of the poverty they euphemise as “income inequality.” Please absorb this 1-minute reality check that includes Bob Rubin, Ms. Clinton’s partner for all promises reneged at the 1997 Microcredit Summit to end poverty while making a profit:

What is a solution?

I continue to assert a proven, obvious, and legal method:

We know for certain that until these .01% “leaders” are stopped, all we’ll have is ongoing lies, crimes, and immense suffering.

None of us has the power to make this happen on our own, AND all of us have the power for honest full self-expression in good-faith effort.

Note: I make all factual assertions as a National Board Certified Teacher of US Government, Economics, and History, with all economics factual claims receiving zero refutation since I began writing in 2008among Advanced Placement Macroeconomics teachers on our discussion board, public audiences of these articles, and international conferences. I invite readers to empower their civic voices with the strongest comprehensive facts most important to building a brighter future. I challenge professionals, academics, and citizens to add their voices for the benefit of all Earth’s inhabitants.

Carl Herman is a National Board Certified Teacher of US Government, Economics, and History; also credentialed in Mathematics. He worked with both US political parties over 18 years and two UN Summits with the citizen’s lobby, RESULTS, for US domestic and foreign policy to end poverty. He can be reached at Carl_Herman@post.harvard.edu

Note: Examiner.com has blocked public access to my articles on their site (and from other whistleblowers), so some links in my previous work are blocked. If you’d like to search for those articles other sites may have republished, use words from the article title within the blocked link. Or, go to http://archive.org/web/, paste the expired link into the box, click “Browse history,” then click onto the screenshots of that page for each time it was screen-shot and uploaded to webarchive. I’ll update as “hobby time” allows; including my earliest work from 2009 to 2011 (blocked author pages: here, here). 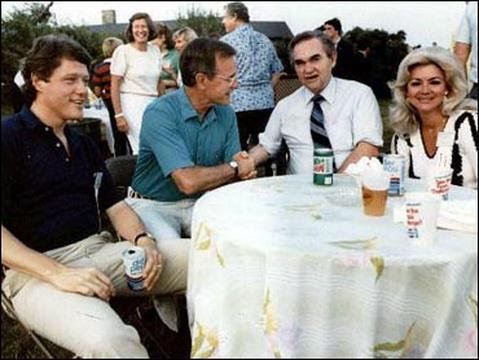