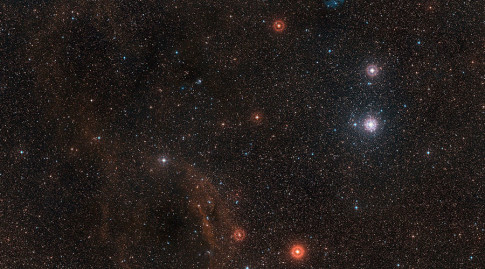 Earthlings can now observe a rare celestial gathering: Mercury, Venus, Mars, Jupiter and Saturn are all in alignment in our sky – and will continue to be for around a month. The last time the five paraded in a line was December 2004 to January 2005.

From January 20 to February 20 sky-gazers can see the five planets almost literally lined up, as their positions along the ecliptic (the sun’s perceived path in our sky) form a diagonal line. Even the naked eye will be enough to see them, though a telescope and binoculars will help.

As for now, the planets are rising one by one during the night to finally meet early in the morning, around 45 minutes before sunrise. The moon will also appear in the display to form a triangle on February 6, with the other apexes being Venus and Mercury.

See five #planets at once (six if you count Earth)—now through Feb. 20. When/where to look https://t.co/5i6AHSWjHPpic.twitter.com/ibhiV28VPs

“If you miss this month’s viewing opportunity, the five will be back in the evening sky in late July through mid-August, but Mercury and Venus won’t be easily visible from northern latitudes,” NASA said.

It is better to be outside cities when studying the skies, as Venus and Mercury will be hanging quite close to the horizon and may be obscured by buildings. These two will appear in the southeast of the pre-dawn sky along with Saturn, which can be found sitting a bit higher, next to the Scorpio constellation. Mars – a bright reddish dot – will be seen in the south, not far from Virgo; in the southwest, Jupiter will be visible.

“People will struggle to see Mercury, it will probably just look like a star but if we get good weather we should be able to see Venus, Saturn, Mars and Jupiter well. But people should have a shot at seeing them altogether,” Robert Massey of the Royal Astronomical Society told the Telegraph.

February 5 is said to be the best morning for viewing as Mercury is expected to become more visible.

If you want something bigger to look forward to, you can wait till May of 2161 – that’s when all eight of Earth’s fellow solar system planets (as they are listed for now) will draw a specular line in the sky.

First attempt at trying to photo the #5planets from the Gower just before dawn. pic.twitter.com/LQnubvaRnY