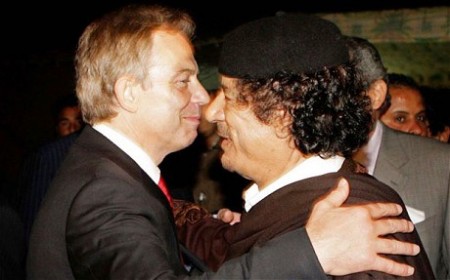 Post-Baathist Iraq is rife with sectarian discord, a post-Assad Syria would likely be an even bloodier free-for-all than it already is, and post-Gaddafi Libya is a failed state with two governments each claiming legitimacy. These types of environments are exploitable by extremists eager to capitalize on the chaos by seizing resources and, ultimately, power.

Just today for instance, nearly 50 people were killed in Libya when a truck bomb hit a police training center where recruits were holding a morning meeting. “Mayor Miftah Hamadi said the truck bomb detonated as around 400 recruits were gathering in the early morning at the police center in Zliten, a coastal town between the capital Tripoli and the port of Misrata,” Reuters reports, adding that “the Zliten blast was the worst since an attack in February last year when three car bombs hit the eastern city of Qubbah, killing 40 people in what officials described as a revenge attack for Egyptian air strikes on Islamist militant targets.”

“It was horrific, the explosion was so loud it was heard from miles away,” Hamadi told Reuters by phone. “All the victims were young, and all about to start their lives.” 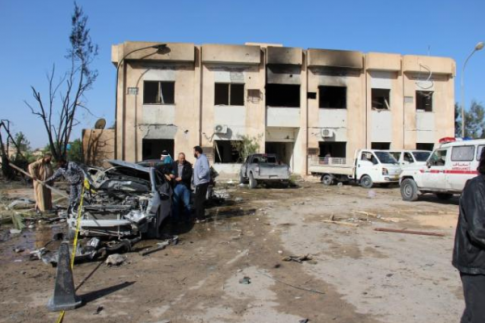 The blast was the deadliest since Gaddafi’s ouster and comes as militants loyal to Ibrahim Jadhran battle ISIS for control of key oil fields and ports. Islamic State’s presence in Libya has grown and the group may be looking to supplement oil income lost to Russian airstrikes in Syria with sales of Libyan crude.

Who could have seen all of this – including the Paris attacks – coming, you ask? Well, Muammar Gaddafi for one.

According to The Telegraph, Gaddafi warned Tony Blair that jihadists would one day attack Europe in the event his government fell. “Gaddafi’s dire prediction was made in two desperate telephone calls with Mr Blair on February 25, 2011 – as civil war was engulfing Libya,” The Telegraph writes. “In the first call at 11:15am, Gaddafi said: “They [jihadists] want to control the Mediterranean and then they will attack Europe.” Here’s more:

In a second call made a little over four hours later, Gaddafi told Mr Blair: “I will have to arm the people and get ready for a fight. Libyan people will die, damage will be on the Med, Europe and the whole world. These armed groups are using the situation [in Libya] as a justification – and we shall fight them.”

Mr Blair had made two calls to Gaddafi to try to negotiate the dictator’s departure from Tripoli as civil war engulfed the nation. Three weeks later, a Nato-led coaltion that included Britain, began bombing raids that led to the overthrow of Gaddafi. The dictator was finally deposed in August and murdered by a mob in October.

This is what Gaddafi got for his trouble:

So much for this: 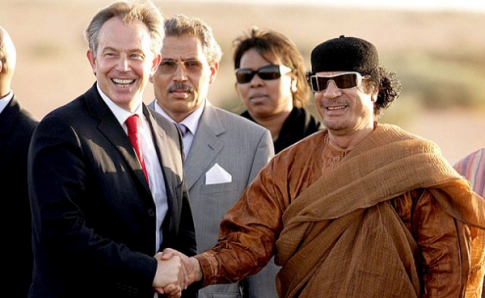 You’ll recall that Bashar al-Assad also warned Europe that destabilizing governments was a recipe for disaster. “We said, don’t take what is happening in Syria lightly,” Assad said, in the wake of the Paris attacks.

“Unfortunately, European officials did not listen,” he added. 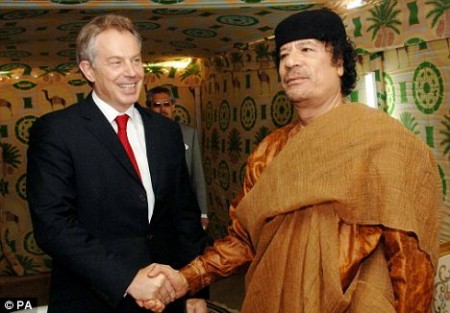 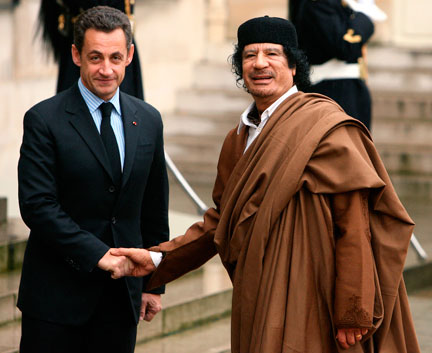 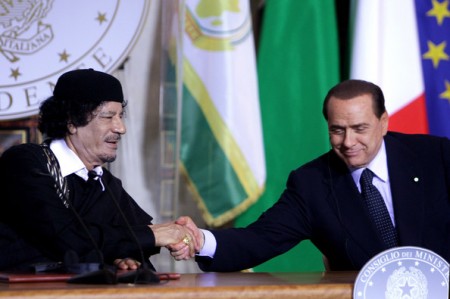 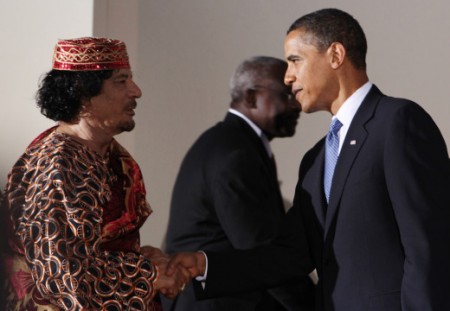