– Turks Warn “We’re One Step Away From Civil War” On Erdogan Crackdown:

“When Justice and Development won by a landslide — a result that Mr. Erdogan interpreted as the public’s demand for stability — many had hoped it would lead to the revival of peace talks.”

That’s from The New York Times, who is out on Thursday with a look at Turkey’s escalating civil war.

To be sure, we haven’t been shy in our assessment of the conflict. We’ve branded the fighting a “civil war” since the summer, when HDP’s strong showing at the ballot box derailed Erdogan’s efforts to transition the country to an executive presidency, a move which would help to strongman consolidate his power.

A subsequent suicide bombing in Suruc prompted the PKK to kill two Turkish policemen the group says were cooperating with Islamic State (which was blamed for the initial attack). That was more than Ankara needed to justify a crackdown on the PKK in the name of the war on “terror.” From there, it was an all-out war between Erdogan and the Kurds, a conflict which quickly transformed cities like Cizre, into warzones.

As al-Jazeera wrote in August, government attacks ”have put Cizre, a long-defiant bastion of pro-Kurdish sentiment, back on the front lines of a conflict that has cost more than 30,000 lives since 1984.” Here’s some useful color from Vice:

Cizre has spent years on the fringes of war. The unremarkable-looking town of just over 100,000 lies on the Tigris River, around 30 miles from the tripoint where Turkey meets conflict-ravaged Syria and Iraq, and violence regularly strays over the national boundaries. Now, the cycle of airstrikes and renewed PKK attacks on Turkish troops threaten a return to the three-decade-long struggle between the two sides that claimed more than 40,000 lives. And here, residents feel like they’re at the heart of the fight. 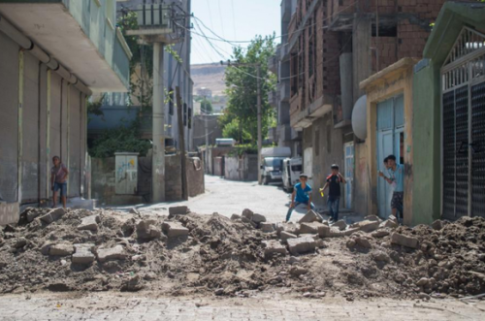 Less than a month after those words were written, two Vice journalists were arrest in Southeast Turkey.

Sadly, Erdogan’s campaign against the Kurds did not end after AKP put on a better showing in November’s manipulated rerun elections. “Instead,” The New York Times notes, “the violence has sharply escalated, stoking fears that it might spread.”

WSJ ran a piece last week that documented the transformation of Kurdish cities and towns into warzones. “Since the government declared what it called a ‘decisive’ campaign to end five months of limited violence between Kurds and government security forces, young Kurdish militants in the cities of Diyarbakir, Cizre, Silopi and Nusaybin have been targeted by Turkish tanks, helicopters, artillery and snipers,” The Journal wrote. 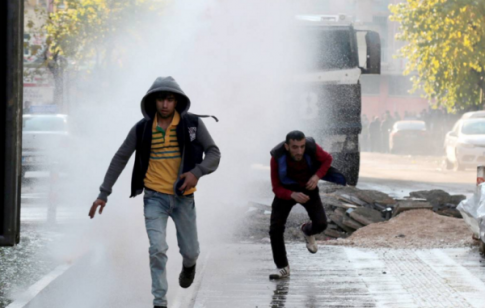 “Things are reaching a critical point, and it’s not clear where things are heading,” one Western official in Turkey warned. Well, according to The Times – whose piece echoes what The Journal wrote last week and what we’ve been keen on documenting for the better part of six months – “things” are headed towards civil war.

Earlier this week, Erdogan accused HDP co-head Selahattin Demirtas of treason after the politician suggested over the weekend that the Kurds needed to declare and defend their automony or “live under one man’s tyranny.” 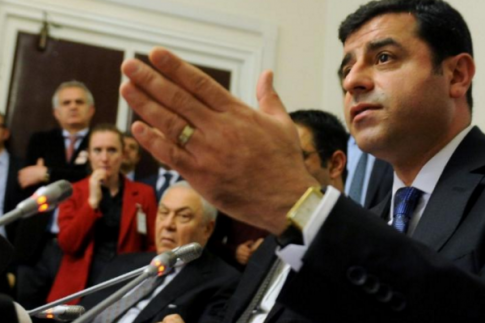 “Where do you get the right to talk about establishing a state in east and southeast regions within Turkey’s unitary structure?,” Erdogan fumed, on his way to Saudi Arabi to discuss matters of mutual interest in Riyadh. Demirtas may have his parliamentary immunity revoked on the way to prosecution.

But while HDP politicians are prosecuted, PKK sympathizers are persecuted and the world is now beginning to worry that Southeast Turkey could soon end up looking a lot like Syria. Here’s more from The Times:

For Mr. Erdogan, the Kurdish militants in Turkey are now the most important enemy.

“You will be annihilated in those houses, those buildings, those ditches which you have dug,” he said recently, speaking about the militants to a crowd of his supporters in the central Anatolian city of Konya. “Our security forces will continue this fight until it has been completely cleansed and a peaceful atmosphere established.”

Photographs and video clips from the region distributed by local officials show chaos and destruction, with black smoke rising above shelled buildings and neighborhoods.

The town of Cizre, in the southeastern province of Sirnak, has been under a curfew for more than two weeks, with mounting civilian casualties. Last Friday, a 3-month-old baby and her grandfather were killed in crossfire between security forces and militants, according to local medics, who said the family was unable to reach help after its house had been shelled. 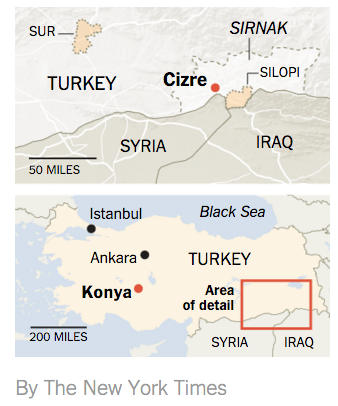 Three soldiers were killed by the Kurdistan Workers’ Party in Cizre over the weekend, the Turkish military said in a statement. At least 200 members of Turkey’s security forces have been killed since the conflict resumed.

In the district of Silopi, which borders northern Iraq, residents say they are trapped in a war zone.

“The tanks fire all day and we have nowhere left to hide,” said Nurettin Kurtay, a teacher reached by phone.

“People are dying in their own homes,” he said. “Our schools and our infrastructure has been destroyed. There is no difference between what is going on here and next door in Iraq and Syria.”

And yet this week, Erdogan – with a straight face – accused the Assad government of “mercilessly killing” civilians. But what’s going on in Turkey is precisely the same thing that began to unfold in Syria in 2011. That is, certain elements in the country were subjected to a government crackdown when they agitated for change. In both cases, the government (Assad in Syria and Erdogan in Turkey) accused the other side of being “terrorists” and in both cases, civilian casulaties began to pile up.

Somehow though, Assad is a “butcher” and Erdogan is a democratically elected leader who is merely fighting to eradicate terrorist elements.

Needless to say, this is completely despicable at this point, especially considering the fact that the PKK’s Syrian affiliate (the YPG) are fighting the real “terrorists” (ISIS) across the border. A border which Turkey has made highly porous on purpose in order to allow for the easy flow of Sunni extremists (not to mention Islamic State oil) into and out of Syria.

Perhaps when NATO looks back four years from now on what may by then be a genocide, someone in Washington will have the decency to admit that a disastrous foreign policy combined with the blatant hypocrisy inherent in how the US characterizes Assad’s fight against rebels and Erdogan’s crackdown on the Kurds ultimately led to the death of half a million people in the Mid-East.

We close with the following quote from Engin Gur, a father of two who came to Istanbul from the southeastern district of Sur, and who spoke to The Times:

“What people here in the west do not realize is that we are one step away from a civil war.” 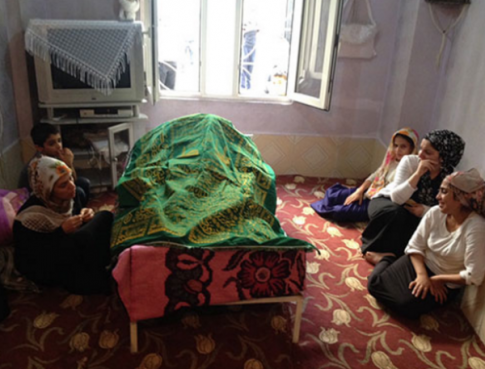 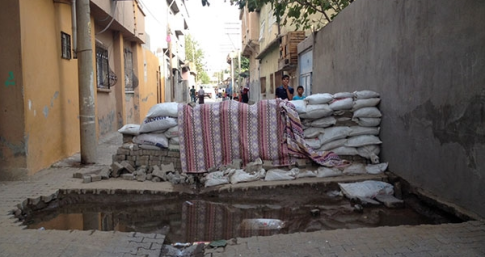 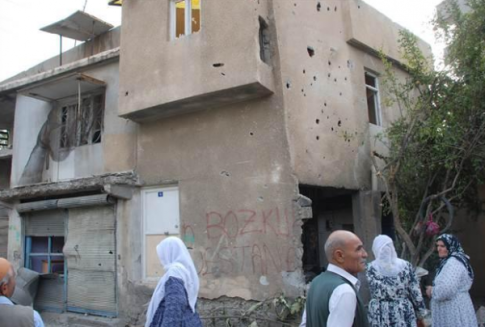 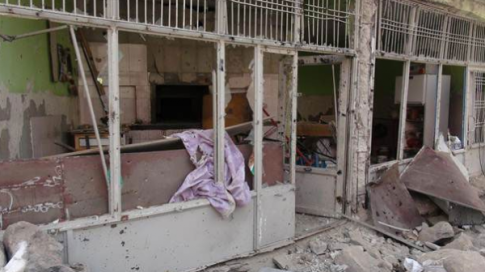