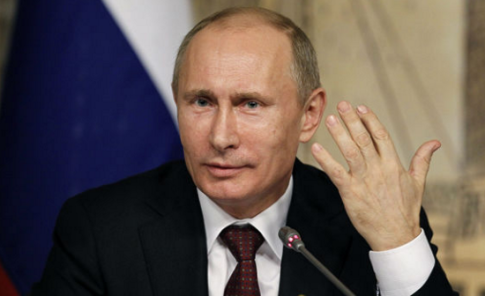 On Sunday, someone bombed an SAA position in eastern Syria killing three of Assad’s soldiers and wounding more than a dozen.

As we reported on Monday, the strike allegedly took place in Paris mastermind Abdelhamid Abaaoud’s old fiefdom of Deir ez Zor. “Syria strongly condemns the act of aggression by the US-led coalition that contradicts the UN Charter on goals and principles,” Damascus said. The Ministry of Foreign Affairs sent letters to the UN Secretary General and the UN Security Council, stating that the strike “hampers efforts to combat terrorism and proves once again that this coalition lacks seriousness and credibility.” Washington claims to have no idea what Damascus is talking about. “We’ve seen those Syrian reports but we did not conduct any strikes in that part of Deir ez Zor yesterday. So we see no evidence,” coalition spokesman Colonel Steve Warren said.

Presumably the “evidence” is the three dead soldiers and on Tuesday, the war of words intensified. The Syrian Observatory for Human Rights monitoring group (or, as it’s more commonly known, “one guy in London”) said the jets were likely coalition aircraft. The US, on the other hand, now says it is “certain” that the Russians are to blame.

“A U.S. military official, speaking on condition of anonymity, said the United States is certain that Russia was responsible for the deadly strike on the Syrian army camp,” Reuters reports, adding that “the official flatly dismissed claims that U.S.-led coalition jets were responsible.”

The aforementioned Steve Warren admitted that the US did indeed carry out at least four strikes in Deir ez Zor on Sunday but claims that they were all “against well heads.” Furthermore, Warren said, the coalition was operating “approximately 55 kilometers (35 miles) southeast of Ayyash [and struck] no vehicles or personnel targets.”

“We have no indication any Syrian soldiers were near our strikes,” he concluded.

Still another US official told Reuters that Washington is “aware that Russia conducted long-range bomber strikes into Syria (on Sunday).” Apparently, official line will be that a Russian TU-22 bomber is responsible.

To be sure, the more planes there are in the skies above Syria, the bigger the potential for “accidents” to occur. We’ll be the first to admit that.

That said, obviously Moscow wouldn’t be bombing a Syrian army position on purpose which means Washington wants you to believe this was an example of the SAA accidentally taking some friendly fire. But Syria’s foreign ministry says nine missiles were fired at the camp, suggesting that this wasn’t simply an errant bomb. Surely Russia is in close communication with Assad’s ground forces. After all, that’s the whole arrangement: Russia provides air cover for Syrian and Iranian soldiers who will do most of the fighting on the ground. It would be a rather egregious logistical failure if Russian bombers didn’t know where their ground forces are operating and it would be all but inexplicable for Moscow’s warplanes to shoot nine missiles directly at an SAA encampment.

In any event, we’ll likely never know the truth, but it’s certainly interesting that Assad’s forces are being killed in mysterious airstrikes near ISIS oil fields.

Additionally, it’s worth noting that the US doesn’t have the best track record lately when it comes to hitting the “right” targets. Perhaps this, like the incident in Kunduz that resulted in the massacre of dozens of MSF hospital employees, is but another example of AC-130 pilots “relying on a physical description of the target” after a “system malfunction.”