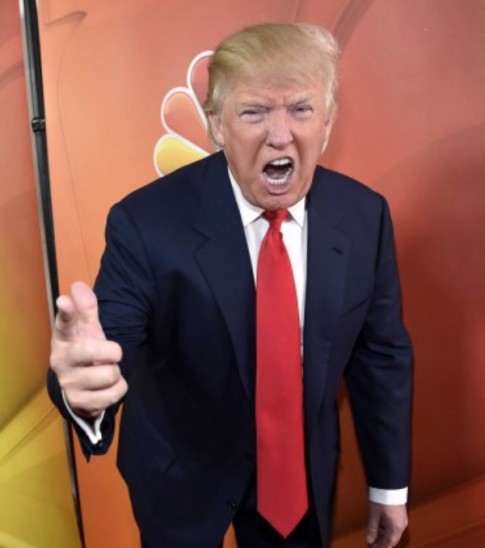 Having exclaimed “is that all there is?” following President Obama’s speech last night on how he would make Americans safer, Donald Trump appears to have decide to take matters into his own hands. The leading Republican presidential nominee has called for a “total and complete” moratorium on allowing Muslims to enter the United States…

Statement from The Trump Campaign:

Donald J. Trump is calling for a total and complete shutdown of Muslims entering the United States until our country’s representatives can figure out what is going on.

According to Pew Research, among others, there is great hatred towards Americans by large segments of the Muslim population. Most recently, a poll from the Center for Security Policy released data showing “25% of those polled agreed that violence against Americans here in the United States is justified as a part of the global jihad” and 51% of those polled, “agreed that Muslims in America should have the choice of being governed according to Shariah.”

Mr. Trump stated, “Without looking at the various polling data, it is obvious to anybody the hatred is beyond comprehension. Where this hatred comes from and why we will have to determine. Until we are able to determine and understand this problem and the dangerous threat it poses, our country cannot be the victims of horrendous attacks by people that believe only in Jihad, and have no sense of reason or respect for human life.

If I win the election for President, we are going to Make America Great Again.”

When asked by The Hill whether that would include Muslim-American citizens currently abroad, Trump spokeswoman Hope Hicks replied over email: “Mr. Trump says, ‘everyone.'”

As the Hill adds, Trump is quoted in the statement as saying that a significant number of Muslims harbor a “hatred” toward America and as a result should be kept out of the country.He backed statement with a poll by the Center for Security Policy, a think-tank that has criticized the role of Muslims in America. That poll showed that one-quarter of Muslims living in America polled “agreed that violence against Americans here in the United States is justified as part of the global jihad” and that a majority think that Muslims in America should be allowed to answer to Shariah law.

“Without looking at the various polling data, it is obvious to anybody the hatred is beyond comprehension. Where this hatred comes from and why we will have to determine,” Trump said. “Until we are able to determine and understand this problem and the dangerous threat it poses, our country cannot be the victims of horrendous attacks by people that believe only in Jihad, and have no sense of reason or respect for human life.”

Trump’s comments come less than a week after a mass shooting in San Bernardino, Calif., killed 14 people. The alleged shooters were both Muslim, and the federal government is investigating whether the attack was tied to terrorism.

And while we understand Trump’s eagerness to bottle up the populist response in the aftermath to San Bernardino, we have one quick question – how will Trump identify Muslims and whether he has a specific plan for how to keep those Muslims already in the segregated from the rest of the population?

Does that include alleged, Kenyan-born world leaders who may or may not have doctored their long-form birth certificate?

And then, kust minutes after Trump unleashed his plan to “deal with” Muslims, Ben Carson trolled in:

“Everyone visiting our country should register and be monitored during their stay as is done in many countries,” Carson spokesman Doug Watts said. “We do not and would not advocate being selective on one’s religion.”

Finally, for those who missed it, here is the full recording of Donald Trump’s speech which just concluded in Mount Pleasant, S.C. in which he lays out his stunning proposal to the thousands of people present, to which he gets a standing ovation.