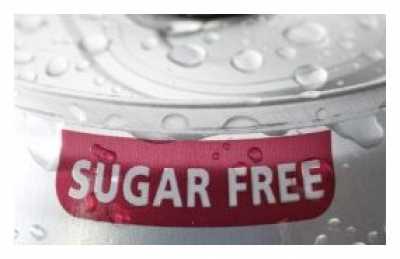 In an 11-year study by scientists at the Brigham and Women’s Hospital in Boston, there was a strong positive correlation found between degeneration of kidney function and consumption of aspartame-containing diet soda.

Published in the Clinical Journal of the American Society of Nephrology, the study followed 3,318 women for a number of years as they consumed diet soda containing artificial sweeteners like Aspartame. Scientists took into account each participant’s age, blood pressure, smoking habits (when applicable), and pre-existing conditions like heart disease or diabetes, and administered food frequency questionnaires in 1984, 1986, 1990, 1994, and 1998. Two or more diet drinks daily, it was found, led to a doubled risk in fast-paced kidney decline.

A separate study published in the American Journal of Clinical Nutrition showed that, contrary to safety claims made by the manufacturers of aspartame, health-related concerns including non-Hodgkin lymphoma and leukemia still abound. While study authors at Brigham and Women’s Hospital and Harvard Medical School admitted that there were other variables to consider, such as the sex of the consumer in that particular case, they remained troubled by the risks associated with diet soda.

It’s worth noting that diet soda is also high in sodium – and in greater amounts than found in sodas sweetened with sugar or corn starch (which were not examined in either study).

Corruption: a Brief History of Aspartame

Is diet soda really that bad for you? This is neither the first nor will it be the last time diet soda and artificially sweetened goods will come under fire from the scientific community. The Food and Drug Administration quickly approved aspartame, called “NutraSweet,” in 1974 in use for limited foods, but only after examining studies provided by G. D. Searle Co.. Yes, the inventor of aspartame.

It was only after a research psychiatrist concluded that aspartic acid – a key ingredient in aspartame – made holes in mice brains that the FDA rounded up a task force to investigate Searle’s claims. The investigation unveiled a series of falsified claims, corrupted study results, and information that simply wasn’t there. Although the FDA moved for further investigation of Searle by grand jury, US Attorney Thomas Sullivan and Assistant US Attorney William Conlon didn’t lift a finger to help. Conlon, however, found a job at the law firm representing Searle.

Since then, the genetically modified creation, aspartame, has been implicated in a number of studies as potentially causing tumors, seizures, brain holes, and reproductive problems. But the mainstream media won’t report on the aspartame-cancer link.

Other artificial sweeteners, like sucralose (supposedly “made from sugar”), have been implicated in other health problems like changing the gut flora environment and preventing proper nutrient absorption, according to the January 2008 issue of the Journal of Toxicology and Environmental Health.

Thus far, Stevia has drawn little fire comparative to artificial sweeteners, although excessive use might be cautioned as with anything. Stevia is, however, safer to use than artificial or GMO sugar, especially for diabetics ( via naturalsociety.com ).