Aaand Ayn Rand has been a Rothschild mistress.

I’ve said it before: This is a “Rothschild planned migrant crisis”. 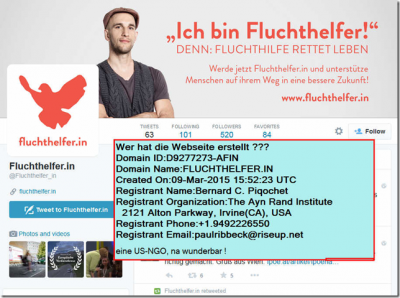 Why is a US-based NGO funding Middle East refugee movement into Europe?

This article originally appeared in German at Info Direkt. Translated by Werner Schrimpf

„Become an escape helper“!  With this slogan an organization is acquiring volunteers and this invitation is creating a lot of noise in the media.1

Interestingly enough, this human trafficker campaign was developed and created from the US.

The US organization “The Ayn Rand Institute” is registered as the owner of the domain.  The E-Mail address presented on the web site belongs to a Seattle based project called “Rise Up”.

The “Ayn Rand Institute” is a US think tank which is promoting human trafficking to Europe and is urging “humanity” and “empathy” in its messages to Europeans.

The majority of asylum seekers coming to Europe consists of Muslims and Arab people. This is astonishing bearing in mind that this “Ayn Rand Institute” did not stand out for its sympathy for Arab people in the past.

Founder and patron Ms. Ayn Rand (she was born Alissa Zinoveyevna Rosenbaum) was a Jewish Zionist and a fierce advocate for Israel which she characterized as a progressive, technological and civilized country.

Also according to Mrs. Rand, Israel represents quite the opposite of Arab and Palestinian people who are condemned by her thus: “These Arabs are primitive and savage, did not develop in the past and are racists who hate the state of Israel.” Without any grounds she accused them of killing innocent women and children; therefore their country is “the land of murderers” and they are pure “monsters”.2

In one of few available German articles on Ayn Rand she is characterized as chief ideologist of the American right who is passionate to clear the way for the heroes of Western capitalism.3

After the death of Mrs. Ayn Rand things did not change much. The current director of the institute is Israeli-born Yaron Brook. In a video blog concerning the war against Palestinian civilians he left no doubt: “anything goes as long as it is considered necessary from the standpoint of warfare….”4

The Ayn Rand Institute encourages Israel in its warfare in Middle East and calls for decisive and tough actions in the war on terror. Waves of refugees headed to Europe are the direct outcome of the resulting hot spots.

The “Rise up” organization located in Seattle, USA is also involved in this “www.fluchthelfer.in” project and sounds, at least according to its programme, like a another Soros Foundation. Its agenda reads: “we are initiating revolutions and open societies”.

Interestingly these organizations want to play escapee helper just in Europe. Unfortunately and not quite surprisingly you won’t find a similar initiative in the US, for example to support immigrants from Mexico to the US. 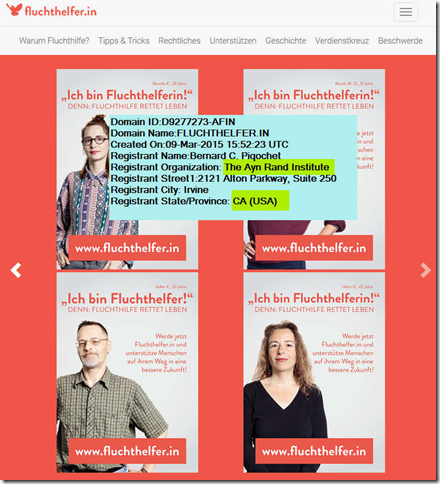 Please help refugees move to Germany…but not to America or Israel!

(5) „We work to create revolution and a free society“ = help.riseup.net/de/about-us 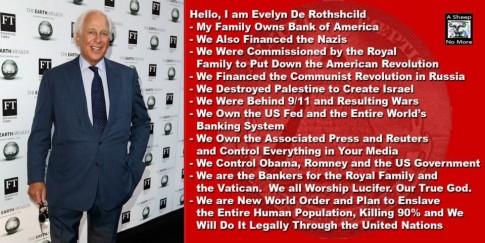 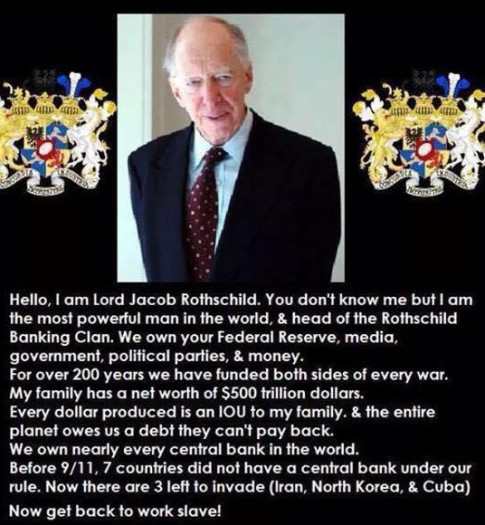