ON RECORD: Benjamin Netanyahu: ‘America is something that can easily be moved.’ ‘The world won’t say a thing.’ ‘The world will say we’re defending.’ (Video) 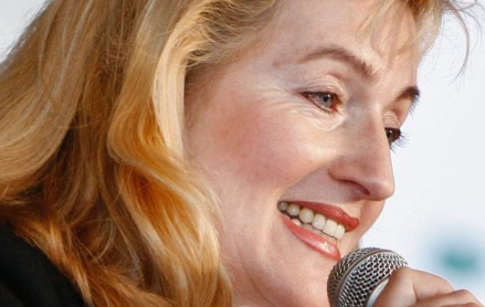 – Austrian Politician Under Fire After Agreeing That “Zionist Money Jews Are The Global Problem”:

Austrian lawmaker Susanne Winter did something she probably shouldn’t have last week.

It started when someone named Oehlmann Hans- Jörg wrote the following on Winter’s Facebook page:

“The Zionist money Jews are the global problem. Europe, and in particular Germany, are now getting what they deserve from Zionist Jews, particularly rich Zionist Jews in the USA, for the century-long persecution of Jews in Europe. According to the Zionists, Europe, particularly Germany, should be cut off as economic competitors to the US.”

While it’s not entirely clear what Hans- Jörg is trying to communicate there in terms of specifics, the overall message seems clear and Winter apparently supports it. Here’s her response:

“It is great. You took the words right out of my mouth. There are a lot of things that I am not allowed to write. Therefore I’m even more pleased with courageous, independent people.”

Now obviously, when the public has entrusted you with the authority to legislate there are certain things you just don’t say regardless of whether or not you feel your opinions are justified. That’s not an attempt to support putting a muzzle on politicians but when you’re a public figure, you have to have a filter and suggesting that if only you could, you’d be a raving anti-Semite is the kind of thing that can get you kicked out of office. And indeed that’s exactly what may be about to happen to Ms. Winter. Here’s AP:

Officials of Austria’s right-wing Freedom Party will meet over whether to expel one of their legislators after she backed anti-Semitic sentiments in a Facebook posting.

Susanne Winter insists she is not anti-Semitic. But the Freedom Party has called for a meeting Monday in response to last week’s post in which she backed a Facebook statement by one of her supporters that said “Jews the world over are the problem.”

Winter responded “nice that you take the words out of my mouth,” adding a smiling and winking emoticon. She later deleted both postings and replaced it with one saying “anti-Semitic sentiments were, are, and always will be abhorrent for me.”

One minute Hans-Jörg is “taking the words right out of [your] mouth” and once your career is at stake what Hans said “is and always will be abhorrent” to you.

We certainly do not advocate the espousal of bigoted world views but if you’re going to go there, at least have the courage to admit what you said when people start asking questions.