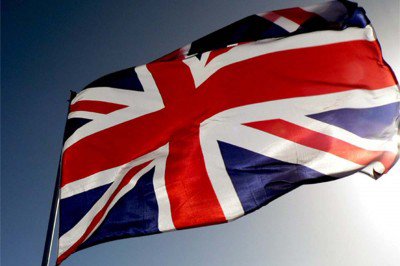 The total number of prostitutes in the United Kingdom is not known and is difficult to assess, but authorities and NGOs estimated in 2009 that approximately 100,000 persons in the country were engaged in prostitution. According to data from the Office for National Statistics, prostitution contributed £5.3 billion to the UK economy in 2009.

The report found 77 different ethnicities among the prostitutes, many from areas such as Eastern Europe and South-East Asia. The study has been called “the most comprehensive study ever conducted into UK brothels”.

There have been many studies investigating certain aspects of prostitution in the UK but virtually none have focused on university students probably because it was not seen as an issue worth investigating prior to 2009.

The abolition of mandatory grants in the 1990’s left many students having to take out long-term loans to meet their financial needs, leading in turn to increased debts. Tuition fees were then introduced across the United Kingdom in September 1998 under the Labour Government as a means of funding tuition to undergraduate and postgraduate certificate students at universities, with students being required to pay up to £1,000 a year for tuition.

The introduction of tuition fees exacerbated student hardship with evidence pointing to levels of soaring personal debt, and increases in the time expected to pay them off. A National Westminster Bank (2004) survey put the average total student debt in 2004 at £12,180, a rise of 50% over the previous year, with one-third of students believing it will take them 10 years to pay it off.

The new £9,000-a-year tuition fees have bumped up the total sum owed by the Class of 2015 to the highest in UK history and now the highest in Europe for (domestic) students. Approximately 43% of our youth attend higher education in colleges and universities, a fall from 49% the year earlier.  51% of attendees being female.

The result – most students will still be paying back loans from their university days in their 40s and 50s, and many will never clear the debt, research finds.

Although the numbers have fallen back, there are around one million first year enrolled university students in the UK.

In March 2015 the University of Leeds, funded by the Wellcome Trust, published one of largest ever UK surveys of prostitutes. It found that 71% of prostitutes had previously worked in health, social care, education, childcare or charities, and that 38% held an undergraduate degree. A hint emerging in this last figure.

A study published by Swansea University in March 2015 found that nearly 5% of UK students had been involved sex work in some capacity, including prostitution. They found most students go into sex work to cover living expenses (two-thirds) and pay off debts (45%).

However, that is the number that was actually admitted to by students. The number considering sex-work as a student in a similar study by the same university was 22%.

In an interview with Sky News, Brandon Wade, the founder of SeekingArrangement.com said “with the cost of university education rising – with tuition fees alone now up to £9,000 a year – has resulted in a huge increase in the number of students signing up” to his so-called “sugar-daddy’ website.

He claims there are 12 times more students on the website than in 2009. According to a poll run by the website, students are spending their funds from their relationships with sugar daddies on their tuition fees, rent, books and transport costs. This tallies up with the previously mentioned Swansea University study.

It stands to reason that if there were 100,000 known prostitutes operating in the UK in 2009 and in 2015 it is now known that 5% of the one million students are now engaging in sex-work purely to pay student debt which, did not exist years earlier, the government has forced up prostitution due to tuition fees. In this context it is safe to say by 50%. But this is not the whole picture.

In a study called “Sex Work and Students: An Exploratory Study” (pdf) by Ron Roberts, Sandra Bergström and David La Rooy School of Arts & Social Sciences at Kingston University it was noted that “many young people who enter the education system and do not fund their education fully must face deferring cultural aspirations such as parenthood and home ownership because they cannot afford to do so.”

The study reported  that the wisdom behind this lack of financial support for potentially vulnerable sections of the student population is hard to fathom from either a humanistic or even economic vantage point.

“The economic necessities of student life now mean that a high proportion of all students, both full and part time, must work in an effort to support their study and control patterns of spiralling debt. Unfortunately, working takes up substantial periods of time that should otherwise be available for study. Prior to the introduction of tuition fees, Lindsay and Paton-Saltzburg (1993) and Roberts et al. (2000) found that a sizeable proportion of students were working in excess of 20 hours per week. Consequently, since the introduction of fees the number of hours worked by students will have increased to control debt. As several studies suggest, the demanding economic situation facing students may be the root cause of a host of problems, most notably, psychological distress which is now an ‘endemic in the student body’ that even impairs exam performance”

In short, the study concludes that by pitting economic pressure, the requirement to work, and the need for education against each other, a vicious cycle is set in motion that leads some students to turn to seemingly quick ways of maximising their income through illegal commerce and work in the sex industry. The short-term gain of such work brings in more money and therefore allows more time for students to devote to study compared with the poorly paid jobs that are typically available.

Further support to the study was provided by Roberts and colleagues (Roberts & Zelenyanszki) who found over 10% of their sample knew of other students involved in crime to make ends meet, (pdf) 22% knew students engaging in drug dealing and 3 to 4% reported knowing students who were involved in prostitution to support themselves financially. A positive response on each of these issues was significantly associated with being in debt.

Worse was the findings that students in their late teens and early twenties earned higher wages than older sex workers. Being a young student thus elevate’s the earning capacity even more. The average age of the female student in the study was 20.8 years.

It should be noted also that sex-work in the context of the above means only that and does not include lap dancing, stripping and escorting. Adding in those numbers and an astonishing picture emerges from the report (page 11).

“Of the sample, 10.5% reported knowing students who were engaged in sex work in order to support themselves financially. Amongst the female respondents the figure was 8.3%. For the individual types of sex-work, 6.3% respondents endorsed the item for lap dancing, 4.2% for stripping, and 6.3% for escorting/prostitution”.

If you include lap-dancing, stripping and escorting as sex-work, 10.5% of the student population adds over 100,000 individuals engaging in that industry, thereby doubling the known number of prostitutes operating in the UK.

Of course providing sexual services in order to obtain a ‘good education’ is not a marketing dream either for higher education institutions, which today functions as businesses that profits from the existence of a sizeable student body or for the government that imposes it.

Irony indeed. And one the government, the universities and banks should be utterly ashamed of.

The original source of this article is True Publica