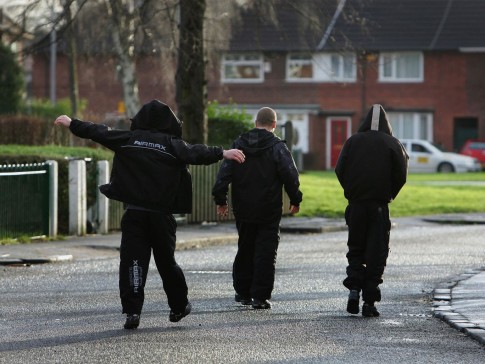 Young people are suffering the “worst economic prospects for several generations” as a worrying age inequality gap is opening up in Britain, according to a major state-of-the-nation report.

In its biggest review yet of equality across the country, the Equality and Human Rights Commission (EHRC) identified the winners and losers in modern Britain.

Younger people have been hit by the greatest drop in income and employment in recent years compared with older age groups. They also face even greater barriers to achieving economic independence and success than they did five years ago.

White schoolboys born into poverty fare the worst in education, falling behind all other ethnic and socio-economic groups. Just 28.3 per cent of white boys on free school meals achieved at least five GCSEs at A* to C in England in 2012-13. In contrast, Chinese pupils perform exceptionally regardless of wealth, with 76.8 per cent of those on free school meals achieving the GCSE threshold.

Laura Carstensen, EHRC commissioner, said: “While we have made important progress in many areas – and it is important to note and celebrate this – the gateways to opportunity that the Commission identified five years ago remain harder to pass through for some groups such as disabled people, those from poorer backgrounds and women over a certain age.

“It’s great to see the barriers being lowered over the last five years for some people: but during the same period they’ve been raised higher for younger people in particular. Theirs are the shoulders on which the country will rely to provide for a rapidly ageing population, yet they have the worst economic prospects for several generations.”

Duncan Exley, director of the Equality Trust, said: “This is what living in such an extremely unequal country means. More and more people, most of them young, are being locked out of opportunities and privileges many of us have taken for granted.

“This isn’t a simple division between generations. We all want our children to have a decent, secure job, and a roof over their head. We want them to do better than we have. But that’s not possible when the only real beneficiaries of our distorted economy are a tiny wealthy ‘elite’ and their offspring.

“Much of this is made worse by bad government policy. We don’t need to increase the inheritance tax threshold, because we don’t need to help millionaires pass on their wealth. We need to help the millions of people struggling to pass anything on at all. That means a drastic rethink from Government, and a genuine focus on policies that reduce overall inequality.”

Black workers, who were previously one of the better-paid ethnic groups, suffered one of the largest falls in wages.

Between 2008 and 2013, black people’s pay declined by an average of £1.20 an hour, almost double the overall average fall for the UK. Sikhs suffered the biggest fall in earnings, with average hourly pay declining by £1.90.  White people still earn on average 50p an hour more than ethnic minorities and are half as likely to be unemployed.

In 1987, more than two-thirds of the population agreed with the statement that “same-sex relations are always wrong,” but by 2012, this had fallen to 22 per cent. However, 2008 to 2013 saw increases in reports of Islamophobic, anti-Semitic and transgender hate crimes.

The gap between the sexes is also still significant. Girls now outperform boys at school and university, but women still suffer a pay gap which increases in early middle age as they begin juggling caring for children and parents.

More women have a degree-level qualification than men – 28.4 per cent compared with 27.7 per cent for men. Yet men are still twice as likely to be a manager, director or senior official.

A Government spokesman said: “We have made good progress in many areas, by getting two million more people in work, raising wages, and having more children in good or outstanding schools than ever before. But we know there is still some way to go to fix the issues highlighted in this report.

“We are committed to building a Britain where hard-working people can succeed and anyone get on in life, irrespective of their background.”