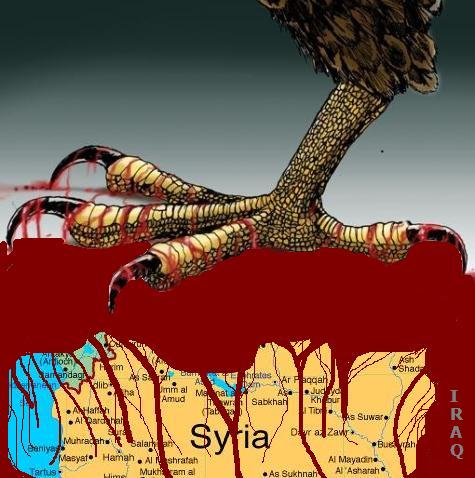 On Monday we warned that the violence in Turkey stemming from Ankara’s politically-motivated, NATO-sponsored crackdown on the PKK is escalating rapidly as are efforts to censor the media and attack (verbally or otherwise) the pro-Kurdish HDP, whose strong showing at the ballot box in June triggered an absurdly transparent effort on the part of President Recep Tayyip Erdogan to undermine the country’s fragile democracy by using ISIS as a smokescreen to gain international support for the resumption of civil war with the Kurds.

As a reminder, Ankara is on the offensive after a series of attacks blamed on the PKK killed multiple Turkish soldiers over the weekend. Here’s what we said yesterday: Erdogan told the the press that the war on terror would now be waged “with much greater determination” and that means more violence and more crackdowns on the media and anyone deemed to be a PKK sympathizer. Sure enough, AKP supporters massed outside the headquarters of the Hurriyet newspaper on Sunday, accusing the paper of misquoting Erdogan and on Monday, HDP offices were attacked across the country. More from Zaman:

Dozens of buildings belonging to local branches of the pro-Kurdish Peoples’ Democratic Party’s (HDP) were attacked on Monday in several cities across Turkey, after the General Staff confirmed that 16 soldiers had been killed in an ambush by the terrorist Kurdistan Workers’ Party (PKK) on Sunday.

In Ni?de a group of nearly 500 protesters, who gathered in Cumhuriyet Square, attacked the HDP’s Ni?de branch building with stones. Some of those involved climbed up to the window of the HDP office and broke the signboard of the party, after police failed to disperse the group.

Similar attacks were staged in the provinces of Antalya, Mersin, Sakarya and Kayseri and the districts of Manavgat and Çorlu, with protesters stoning the party’s local headquarters and hanging Turkish flags on the buildings.

The windows of the HDP’s Eski?ehir branch were broken in a separate attack.

Private television station IMC claimed that a total of 126 of the HDP’s provincial and district branches buildings were attacked on Monday.

On Tuesday, things got worse – much worse. After more than a dozen Turkish policemen were killed in yet another roadside bombing, Ankara sent ground troops into Iraq in pursuit of those the Erdogan regime says are responsible. Here’s The New York Times with more:

Turkish ground troops entered northern Iraq on Tuesday as part of a short-term operation to capture Kurdish rebels who had crossed the border after an attack that killed 16 soldiers, a government official in Turkey said.

The military had crossed the Iraqi border in pursuit of militants from the Kurdistan Workers’ Party, or P.K.K., who had been involved in recent attacks against Turkish security forces, the official said, speaking on the condition of anonymity in line with government protocol.

The size of the operation was not immediately clear, but the Dogan news agency, citing military sources, said two battalions had entered northern Iraq.

The incursion comes after 14 Turkish police officers were killed in a roadside bomb attack in eastern Turkey on Tuesday, a day afterTurkish warplanes struck Kurdish insurgent targets in northern Iraq and killed dozens of rebels.

A police vehicle escorting customs official to the border with Armenia in Igdir Province was the target of attackers believed to be rebels from the insurgent group, the semiofficial Anadolu Agency reported. Several other police officers were wounded in the assault.

And more from AFP:

Fourteen Turkish police were killed Tuesday in a new attack by Kurdistan Workers’ Party (PKK) militants as violence in the east of the country threatened to spiral out of control.

“Turkish security forces crossed the Iraqi border as part of the hot pursuit of PKK terrorists who were involved in the most recent attacks,” a Turkish government source told AFP.

“This is a short-term measure intended to prevent the terrorists’ escape,” added the official, without specifying the timing of the incursion.

The 14 police were killed in the eastern region of Igdir in a bomb attack by militants on a minibus taking them to the Dilucu border post with neighbouring Azerbaijan, Anatolia reported.

A PKK spokesman in northern Iraq confirmed to AFP that the PKK had carried out the attack. 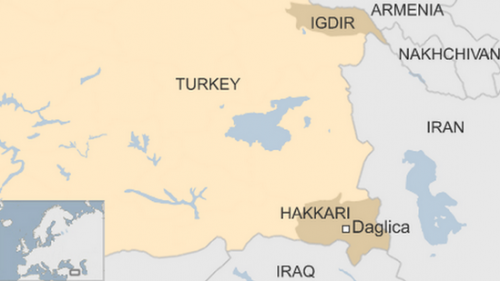 Note that this isn’t without precedent. In early 2008, Turkish soldiers entered Iraq in a similar effort to eradicate the PKK. “Operation Sun”, as the incursion was called, was conducted with Washington’s blessing for the most part. “Washington described the PKK as a ‘common enemy’, and only urged Ankara to keep its incursion short and closely focused,” BBC noted at the time, adding that “the positions of the UN and EU have been similar, suggesting a degree of sympathy with Turkey’s cause.”

You get the idea.

So while history doesn’t repeat itself, it damn sure rhymes and here we are again watching as the Turkish military crosses the Iraqi border as though it’s not even there (which the US does routinely) chasing “terrorists” up into the mountains.

Of course Turkish soldiers aren’t the only ones fighting Kurds in Iraq. So is ISIS. And that means that just like in Syria, Turkey (with Washington’s implicit ok) is at best distracting from and at worst impeding the battle against Islamic State, the same Islamic State which is being used by Ankara as a cover for the PKK crackdown. Of course as Erdogan will patiently explain, he’s only after the “bad” Kurds which we suppose means no US-backed Peshmerga will be harmed in the making of the latest Turkish invasion of Northern Iraq. 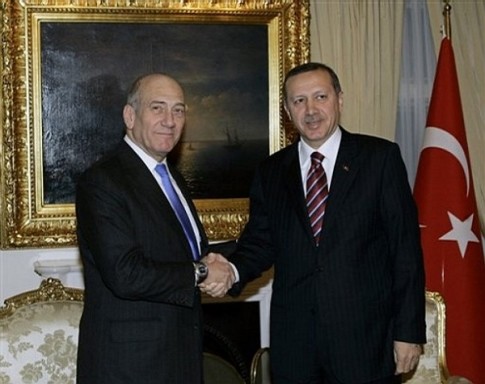 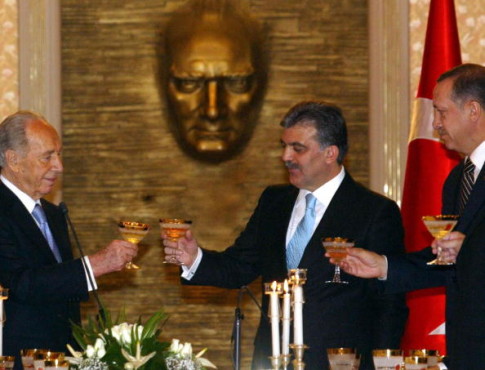 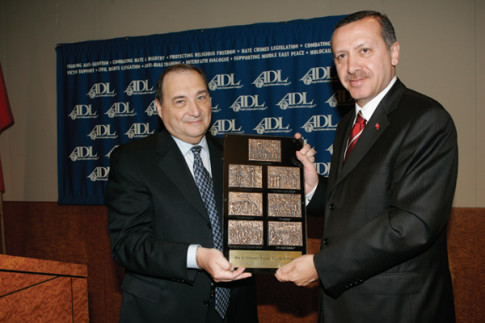 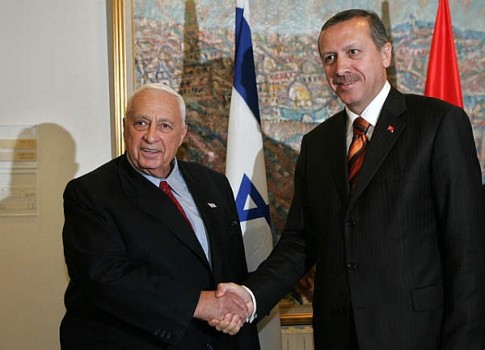 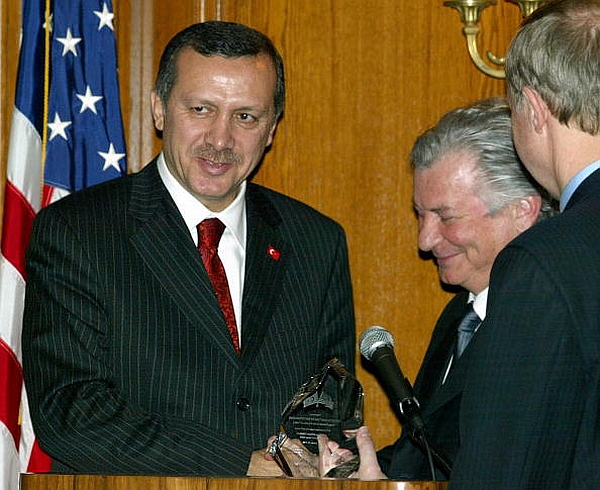 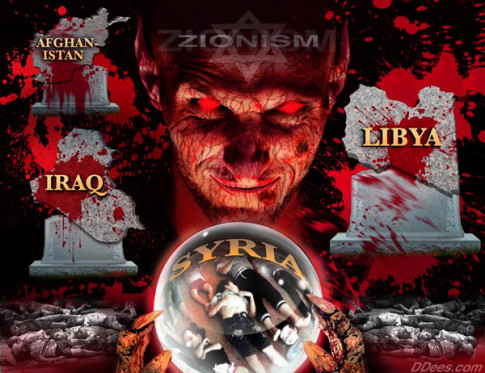