On October 24, 2014, the 19-year old son of a wealthy Swiss businessman walked into a brothel in the Bavarian town of Augsburg.

Although by almost any standard he led a rather splendid existence, on this particular night he had reached his breaking point. The problem: he drove a 2011 Ferrari 458 Italia.

That may look nice enough, but the issue is that there’s a 2014 Ferrari Italia, and let’s face it, no one – and we mean no one – would want to be caught dead in the vehicle shown above when the one shown below is just waiting to be driven off the lot. 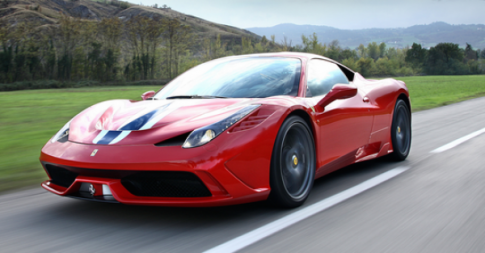 Of course this is exactly the type of situation that insurance – or, more acurately, insurance fraud – is for.

And so this young man – allegedly with the help of the Ferrari dealer – did what anyone would do in this situation: he drove to Bavaria, went to see a prostitute (one needs an alibi), and paid two accomplices $15,000 to douse the old junker in gasoline and light it on fire.

Part of the plan worked. From Tages-Anzeiger (Google translated):

He visited the neighboring brothel with other colleagues. Meanwhile, the two helpers poured a gasoline-nitro-mixture to the leather seats of the black sport car and set it on fire. The car exploded with a loud bang and burned out. 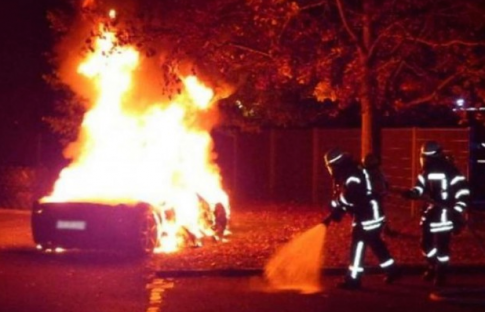 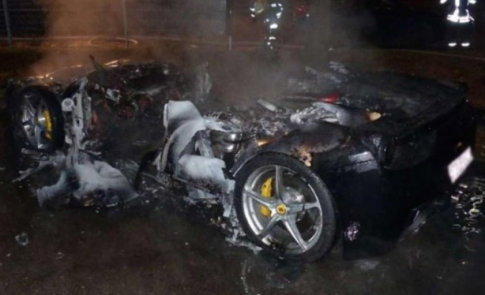 He even remembered to remove “the expensive specialty rims and carbon fiber parts.”

Initially, authorities came to the conclusion that the incident was retaliation for unpaid hooker fees. From 20 Minutes (Google translated from French):

Initially, the Bavarian authorities believed a settlement account in prostitution.

Yes, a “settlement account in prostitution,” but security camera footage and phone records told a different story. Ultimately, investigators concluded that this was all a not-so-elaborate ploy to collect the insurance money on the way to buying the newer model.

Asked by a judge why he had gone to such lengths given that his father had bought him 14 other cars (including a Lamborghini) as well as “several properties” worth in excess of $25 million, he confessed that although his monthly allowance (between CHF5,000 and CHF10,000) was generous enough, it wasn’t sufficient to cover the difference between the 2011 and the 2014 458s and he didn’t feel comfortable telling his father the truth – namely, that the 2011 458 “no longer pleased him.”

For his troubles, the young man received 30 months of probabtion and a €30,000 fine. There was no word on whether he was able to get the 2014 Speciale.

So although we think the moral of the story is quite obvious here, we’ll spell it out for you anyway: for anyone who thinks they’re having a bad day just remember that it could always be worse. You could be driving a 2011 Ferrari 458 Italia.