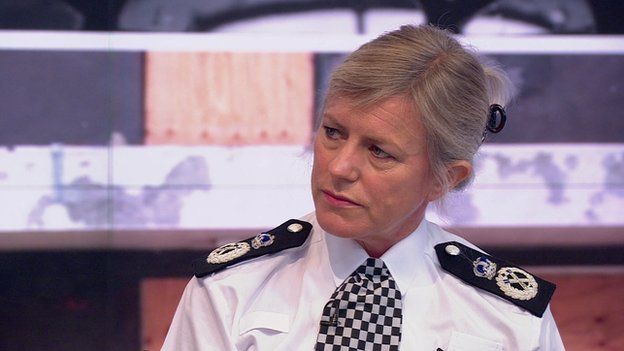 The public should not expect to see a police officer after crimes such as burglary, the head of the new National Police Chiefs’ Council has said.

Sara Thornton told the BBC’s Victoria Derbyshire budget cuts and the changing nature of criminality meant police in England and Wales had to prioritise.

She said it “could be” that if an iPad was stolen from a home an officer would not come round to investigate.

There had to be a “conversation with the public” over priorities, she added.

Ms Thornton has said that forces need radical reform if they are to survive budget cuts.

“Crime is changing in this country, she said.

“There are a lot less burglaries than there used to be, a lot less car crime, but the sorts of crimes that are on the increase – sexual offences, concerns about terrorism, cyber crime – that’s where we really need to focus.

“We need to move from reacting to some of those traditional crimes to think about focusing on threat and harm and risk and protecting the public.

“If we’re really serious about putting a lot of effort into protecting children, for example, it might mean if you’ve had a burglary, for example, and the burglar has fled, we won’t get there as quickly as we have in the past.

“Of course, we will still want to gather evidence, but we might do it in different ways.”

The former Thames Valley chief constable took up her role in April when the NPCC replaced the Association of Chief Police Officers (Acpo).

She said police budgets had been cut “significantly” – by 25% over four years – and they were expected to be cut further.

“Over 10 years we will have lost about 70,000 posts and I don’t think it’s possible to carry on doing what we’ve always done, as we will just fail the public but also cause unacceptable stress among our officers and staff,” she said.

Ms Thornton said burglary was an important crime for police.

“But think of the threat to our children from sexual offences, from sexual abuse, from online abuse, that’s what we’ve got to prioritise,” she added.

1 thought on “AND NOW … Britain: Police May No Longer Attend Burglaries”