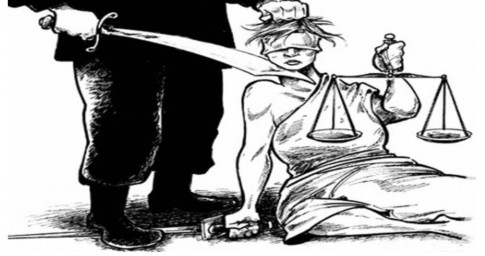 “We need to hang him on the courthouse square as soon as we get a hold of him.”
– Former vice chairman of the Senate Select Committee on Intelligence, Saxby Chambliss, on Edward Snowden

It appears the past few days have represented a sort of coming out party for formerly powerful players in the U.S. government to showcase their fascist tendencies. Earlier today, I highlighted General Wesley Clark’s clear suggestion during a MSNBC interview that Americans who are “disloyal” should be forcibly separated from the “normal” general population through the use of WWII style internment camps.

In the latest display, video has emerged of former Republican Senator, and ex-vice chairman of the Senate Select Committee on Intelligence, saying that Edward Snowden should be hanged in the courthouse square. What ever happened to fair trials?

The U.S. should publicly hang leaker Edward Snowden if and when he falls into the government’s hands, according to the former top Republican on the Senate Intelligence Committee.

“We need to hang him on the courthouse square as soon was we get our hands on him,” retired Sen. Saxby Chambliss (R-Ga.) — who served as vice chairman of the powerful intelligence panel before stepping down from Congress last year — said during an appearance at the University of Georgia this month.

“I hope none of you have any sympathy for him,” he told students at the Terry College of Business. 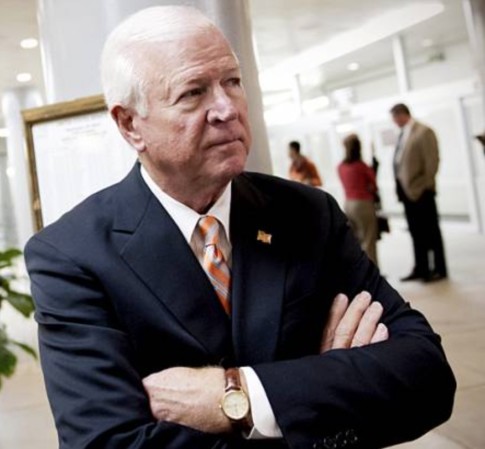 It’s as if these guys are publicly auditioning for a top job within the financial-miliatry-cyber-industrial complex.