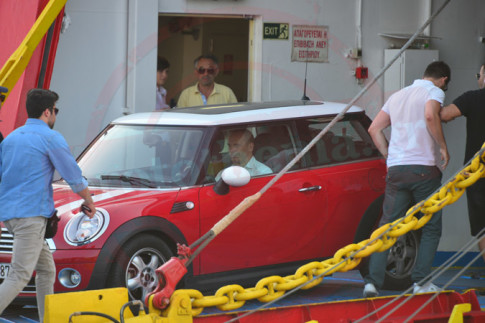 – Varoufakis’ Stunning Accusation: Schauble Wants A Grexit “To Put The Fear Of God” Into The French (ZeroHedge, July 10, 2015):

Earlier we reported that Yanis Varoufakis, seemingly detained by “family reasons” would be unable to join his fellow parliamentarians and personally vote in what is likely the most important vote of Syriza’s administration: the one in which he and his party capitulate to the Troika and vote “Yes” to the proposal he and Tsipras urged everyone to reject just one week ago.

Subsequently, it was made clear what these family reasons are:

The self-described “erratic Marxist” will be on the nearby holiday island of … Aegina. In fact, he Tweeted that he reason for his absence is “family reasons”. Nevertheless, two hours before his Tweet was posted, the once obscure academic was spotted on the ferry boat “Phivos”, headed for Aegina, where his wife owns a stylish vacation home.

The author of the “global Minotaur” nevertheless sent a letter to the Parliament president saying he would vote “yes” for the proposal, although the letter will not be counted, given that Parliament regulations stipulate that only deputies on official Parliament business are allowed to cast votes via correspondence.

Judgment aside about his decision to take a holiday from a vote that his strategy guided Greece into, it was clear that he has Wifi on the ferry because this afternoon, While V-Fak may well have been in transit, the Guardian released an Op-Ed penned by Varoufakis titled “Germany won’t spare Greek pain – it has an interest in breaking us.” Readers can read it in its entirety here but here is the punchline:

This weekend brings the climax of the talks as Euclid Tsakalotos, my successor, strives, again, to put the horse before the cart – to convince a hostile Eurogroup that debt restructuring is a prerequisite of success for reforming Greece, not an ex-post reward for it. Why is this so hard to get across? I see three reasons.

One is that institutional inertia is hard to beat. A second, that unsustainable debt gives creditors immense power over debtors – and power, as we know, corrupts even the finest. But it is the third which seems to me more pertinent and, indeed, more interesting.

The euro is a hybrid of a fixed exchange-rate regime, like the 1980s ERM, or the 1930s gold standard, and a state currency. The former relies on the fear of expulsion to hold together, while state money involves mechanisms for recycling surpluses between member states (for instance, a federal budget, common bonds). The eurozone falls between these stools – it is more than an exchange-rate regime and less than a state.

And there’s the rub. After the crisis of 2008/9, Europe didn’t know how to respond. Should it prepare the ground for at least one expulsion (that is, Grexit) to strengthen discipline? Or move to a federation? So far it has done neither, its existentialist angst forever rising. Schäuble is convinced that as things stand, he needs a Grexit to clear the air, one way or another. Suddenly, a permanently unsustainable Greek public debt, without which the risk of Grexit would fade, has acquired a new usefulness for Schauble.

What do I mean by that? Based on months of negotiation, my conviction is that the German finance minister wants Greece to be pushed out of the single currency to put the fear of God into the French and have them accept his model of a disciplinarian eurozone.

He does have a point: Recall “Forget Grexit, “Madame Frexit” Says France Is Next: French Presidential Frontrunner Wants Out Of “Failed” Euro.” So perhaps making an example of the social collapse that would result from a Eurozone exit, would be seen a good lesson for French voters ahead of the 2017 French presidential elections in Schauble’s mind

But is Varoufakis right? Perhaps … but also recall this from the FT in 2014 recalling Europe’s first formulation of Plan Z:

Greece was imploding politically; Italy, a country too big to bail out, appeared just days away from being cut off from global financial markets; and Ms Merkel, try as Mr Sarkozy and Mr Obama might, could not be convinced to increase German contributions to the eurozone’s “firewall” – the “big bazooka” or “wall of money” they believed had to grow dramatically to fend off attacks by panicking bond traders.

Instead, a cornered Ms Merkel threw the French and American criticism back in their faces. If Mr Sarkozy or Mr Obama did not like the way her government ran, they had only themselves to blame. After all, it was their allied militaries that had “imposed” the German constitution on a defeated wartime foe six decades earlier.

“It was the point where clearly the eurozone as we know it could have exploded,” said a member of the French delegation at Cannes. “It was the feeling [that with] the contagion, at this point, you were on the brink of explosion.”

Will this time Merkel risk the explosion of the Eurozone with her own actions: her biggest historic legacy? Probably not, and while Schauble has much sway, it is still Merkel’s word over his.

No, Varoufakis may be right about Greece being made an example of (unless he is merely trying to deflect blame from himself for putting Greece in this position and for conspicuously avoiding voting for a plan he himself derided untilt the end), but the one person who will decide the future of Greece in the Eurozone is neither Schauble nor Merkel but Mario Draghi, also known as Goldman Sachs. Because if Goldman wants more Q€, it will get more Q€. 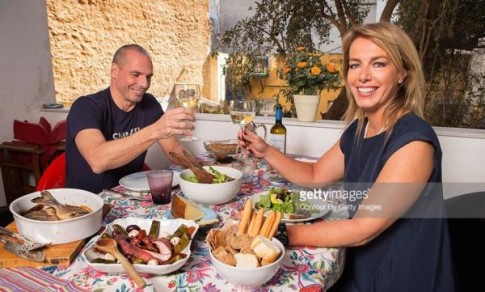