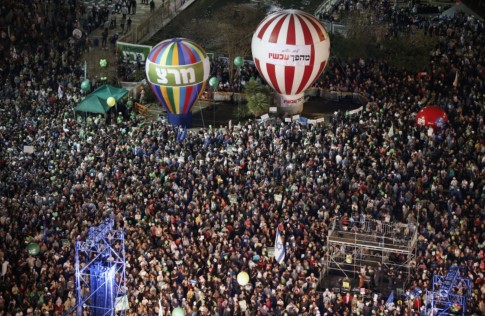 Only a few days after Israeli Prime Minister Benjamin Netanyahu returned from his much publicized United States trip, during which he was celebrated and drooled over by America’s top warmongers, a large protest against him erupted in the nation’s section largest city, Tel Aviv.

Just like any other country, Israel is dealing with plenty of very important domestics issues, and people are publicly questioning whether Netanyahu’s obsession with militancy, and his shameless political stunt in from of the U.S. Congress just weeks before elections back home, make his leadership questionable. Indeed, considering the remarkable lack of judgement evidenced by him back in 2002 (see: Benjamin Netanyahu in 2002 – “If You Take Out Saddam, I Guarantee, It Will Have Enormous Positive Reverberations on the Region”), one should wonder why anyone listens to him at all.

It appears “Bibi” is far more popular with crazy American neocons than he is with his own fellow citizens. From Haaretz:

According to the “Israel Wants Change” event’s organizers, more than 35 thousand people attended. Other officials estimate between 25,000-30,000 protesters turned out to the rally.

“No one denies that Iran’s nuclear program is a threat, but going to war with the U.S. is not the way to stop it,” Dagan said.

“Benjamin Netanyahu has served as prime minister for six years straight,” Dagan noted, “six years in which he has not led a single genuine process of change to the face of the region or the creation of a better future. On his watch, Israel conducted the longest [military] campaign since the War of Independence.” Posing a question to the prime minister directly, Dagan added:

“We deserve leadership that will set new priorities. It has long not been a question of left wing and right wing. It’s a question of a path, a vision, a different horizon.”

The rally, which commenced at 7:30 P.M., is organized by the One Million Hands movement. The event was expected to draw people from the center and left of the political map who are seeking a change in Israel’s priorities, refocusing on health, education, housing, wages, the cost of living and the elderly.

The organizers and key speakers said the rally was be about expressing support for a return to a way of life that is normal and sane, to a life with dignity and peace between Israel and its neighbors.

“If someone doesn’t care if there are wars, why should he care about the cost of living? I do not accept the claim that there is no one to vote for so don’t vote, or the claim that the Israeli public is fated to live with war. The leadership has responsibility to those combat soldiers and a responsibility to prevent the killing,” said Kesten-Keidar.

Levin, who was one of Prime Minister Benjamin Netanyahu’s commanders in the Israel Defense Forces, said, “When the prime minister is in the United States he is the leader of all of us, but the little that he said in Congress would have better been said privately in the Oval Office – then there might have been a chance to exert influence.”

The above article is really interesting to me, particularly since several of the rally’s speakers consisted of former top intelligence officers, as well as commanders in the military. It’s a good indication that there exists plenty of domestic pushback to the belligerent man that is Benjamin Netanyahu. 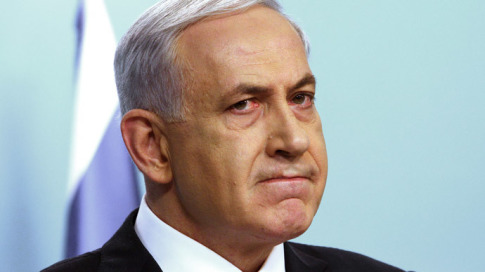 2 thoughts on “Up to 30,000 Fill the Streets of Tel Aviv in Anti-Netanyahu Rally”