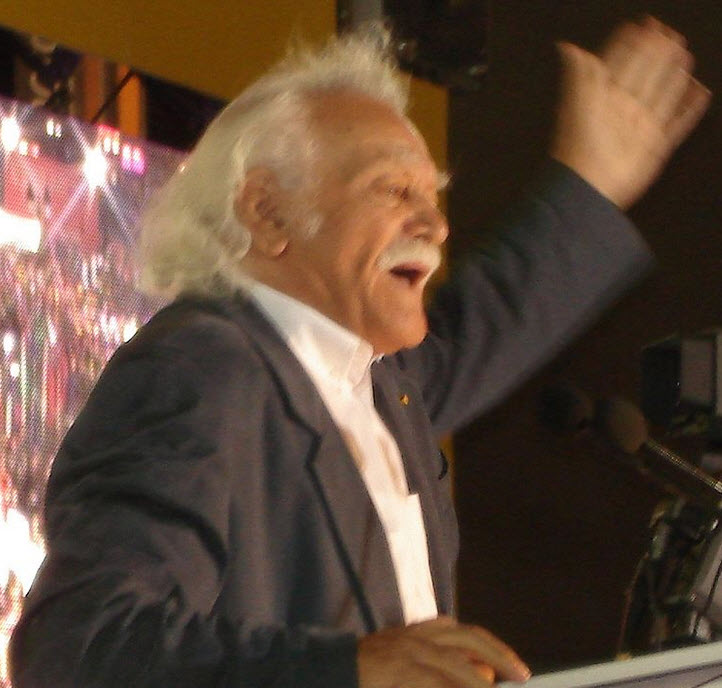 As the divergence between Syriza’s leadership perspective on debt talks – “success…won the battle” – and the Greek voters – “It looks to me that nothing has changed” – grows ever wider, and on the heels of apparent near mutiny last week, there is growing division in the ranks of the newly elected party. Syriza MEP Manolis Glezos penned a stunning rebuke of the party’s apparent U-turn and asks his electorate for forgiveness… “there can be no compromise between oppressor and oppressed… Pity, and pity again… I apologize to the Greek people because I have contributed to this illusion… before it is too late, let us react!”

In an article uploaded on the website of his Movement for Active Citizens, Keep Talking Greece notes Manolis Glezos – the historic member of the Greek left (best known for his participation in the World War II resistance) – expresses his deep disappointment about the way Syriza handles with the negotiations and calls for party members to decide if they accept this situation.

“Renaming the Troika into Institutions, the Memorandum of Understanding into   Agreement and the lenders into partners, you do not change the previous situations as in the case renaming meat into fish.

Of course, you cannot change the vote of the Greek people at the elections of January 25, 2015.

The people voted in favor of what SYRIZA promised: to remove the austerity which is not the only strategy of the oligarchic Germany and the other EU countries, but also the strategy of the Greek oligarchy.

To remove the Memoranda and the Troika, abolish all laws of austerity.

The next day after the elections, we abolish per law the Troika and its consequences.

Now a month has passed and the promises have not turned into practice.

On my part, I APOLOGIZE to the Greek people because I have contributed to this illusion.”

He then goes on to call for action…

Before it is too late, let us react.

Syriza members, friends and supporters at all levels of organizations should decide in extraordinary meetings whether they accept this situation.

Some argue that to reach an agreement, you have to retreat. First: there can be no compromise between oppressor and oppressed. Between the slave and the occupier is the only solution is Freedom.

But even if we accept this absurdity, the concessions already made by the previous pro-austerity governments in terms of unemployment, austerity, poverty, suicides have gone beyond the limits.

As KeepTalkingGreece reports, to Glezos’ sharp criticism, Syriza reacted rather cool and with respect to the senior veteran.

Government sources commented that “most probably Glezos is not well informed about the tough negotiations.”

However, the article triggered a vivid exchange of ‘verbal attacks’ on internet with opposition parties supporters  -mainly pro-austerity – to mock Syriza ‘that even Glezos admitted you named the meat fish”.

Somewhere the leaders of the last Greek party that promises “change”, the neo-fascist Golden Dawn, are grinning.