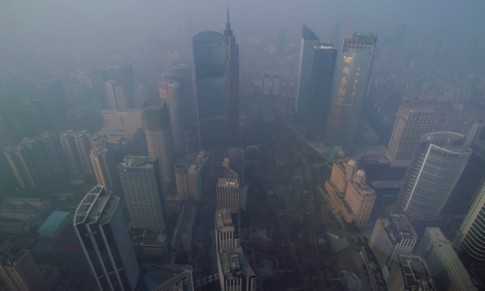 Several hundred million more people are expected to move to cities in East Asia over the next 20 years as economies shift from agriculture to manufacturing and services, according to a World Bank report

China’s Pearl River Delta has overtaken Tokyo to become the world’s largest urban area in both size and population, according to a report from the World Bank. The megacity – which covers a significant part of China’s manufacturing heartland and includes the cities of Shenzhen, Guangzhou, Foshan and Dongguan – is now home to more people than the countries of Canada, Argentina or Australia.

Urbanisation which took place over a period of several decades in Europe and North America is happening in just a few years in East Asia, which already contains eight megacities (with populations above 10 million) and 123 cities with between one and 10 million people.

With almost two-thirds of the region’s population (64%) still non-urban at present, several hundred million are expected to move to cities over the next 20 years as economies shift from agriculture to manufacturing and services, according to East Asia’s Changing Urban Landscape: Measuring a Decade of Spatial Growth.

The report analysed built-up areas in the region in 2000 and 2010 using satellite imagery and geospatial mapping, an attempt to address the lack of internationally comparable data given that each country defines urban areas and populations differently. The Pearl River Delta grew from 4,500 square kilometres in 2000 to nearly 7,000 sq km in 2010, the analysis found. Treating the Pearl River Delta as a single urban area, it is now bigger than Tokyo in terms of geographical size and population.

In the region as a whole, the report highlighted 50 urban areas with growth rates that would double their populations in the two decades to 2020; despite the visibility of megacities, there was more urban land, population and growth in small and medium-sized cities.

Much of the growth of the region’s urban population was driven by China, which had 477 million urban inhabitants in 2010 – partly due to the size of the country and its rapidly developing economy – but also due to Beijing’s focus on urbanisation as a key policy, with the government building cities and moving people into them.

East Asia’s rapid growth often leads to the merging of multiple cities into single urban areas, with spillovers from original boundaries into neighbouring administrations. The urban area of Jakarta in Indonesia, for example, is home to more than 23 million people over an area of 1,600 sq km – and encompassing 12 different administrative areas – fragmenting government management and revenue sources. About 350 urban areas in East Asia spill over local administrative boundaries, the report found, and in 135 of these urban areas, no single jurisdiction covers even half the total urban area.

The report warned that although the growth of urban areas provides opportunities for the poorest citizens, unplanned urban expansion can also exacerbate inequality: large cities without affordable housing and efficient public transport can push the poor to live far from work, schools and markets, forcing them to choose between long and expensive commutes, and slum areas which are closer to the centre but lack land rights and services.

“While this transformation is going on, there is still an opportunity to set the course of urbanisation on a more sustainable and equitable path,” warned the report’s authors. “Within a few decades, this window of opportunity will close, and future generations will be left to deal with the consequences of how we urbanise today.”