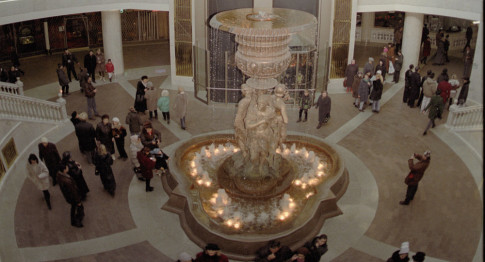 Russia has unexpectedly turned into the most attractive destination for Chinese tourist shoppers this season.

MOSCOW, January 7 (Sputnik) — Russia has become the most attractive shopping destination for Chinese tourists this season, surpassing Japan, South Korea, Thailand and the US, Xinhua news agency has reported.

Russia surpassed other countries in large part due to the devaluation of the ruble, which, together with the white winter, has made the country a “paradise for shopping” destination among Chinese tourists in the traditionally ‘dead’ winter season, RIA Novosti has explained. According to calculations by China’s “Ctrip” travel agency company, prices for Russian goods have fallen by at least 30 percent, turning Russia into what Guangzhou’s Southern Metropolis Daily calls a dark horse for tourism.

Moreover, as Xinhua has explained, travel agencies in Guangzhou, the capital of the southern Chinese province of Guangdong, have reported that the tour packages to Russia for the month of January have been almost completely filled. Guangzhou residents, who have never seen snow at home, have noted that they plan on going to Russia with two purposes in mind: as tourists and as shoppers. While in Russia, many plan to buy items such as mobile phones, brand name clothing and shoes, and cosmetics, items which many Russians had been bringing home from tourist trips to China not so long ago. Chinese tourists can expect to save up to four million yuan ($650 US) by booking trips in the winter months, Xinhua has explained.

Since the beginning of the sharp slide of the Russian currency last month, Chinese tourists were reported to have begun arriving in droves in Russian cities, both in the Far Eastern border areas and Russia’s European half, to take advantage of deals made possibly by the favorable exchange rate. “I have never seen so many Chinese people in Moscow; it feels like I am shopping back home,” an exchange student told Shanghai’s China Business News late last month. Chinese shoppers in cities such as Moscow were said to have focused then on the purchase of luxury brands such as Gucci, Louis Vuitton, Chanel and Cartier, allowing them to avoid steep import taxes on the luxury items at home.